The Bauchi State Drugs Management and Medical Consumables Agency (DMMA), has commenced the construction of two zonal medical stores at the cost of N42 million. Health Reporters gathered that the projects are sited in Katagum and Ningi local government areas of the state.

The Managing Director of the Agency, Mr Abdulkadir Ahmed, disclosed this while briefing newsmen on Thursday in Bauchi after inspecting the ongoing projects in the areas. He said that the project when completed, would ease the collection of medical sundries by health facilities across the state. 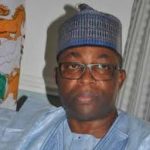 Speaking on their activities in 2017, Ahmed said that the agency had enrolled 15 Primary Healthcare facilities on the agency’s drugs revolving fund scheme.

According to him, all the facilities in Dass local government area are benefiting from the National Health Insurance Scheme (NHIS).

He explained that all the 26 General Hospitals and Specialist Hospitals were enrolled in the agency’s drug revolving fund programme.