The Nigeria’s Federal Government has concluded plans to unveil the National Road Safety Strategy 2019-2023, to reduce the incidence of road crashes, deaths and injuries on Nigerian roads.

The Secretary of Government of the Federation (SGF), Mr Boss Mustapha, made this known at the commemoration of the 5th Road Safety Week in Abuja. 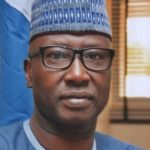 The event was organised by UN Decade of Action on Road Safety and Injury Prevention Nigeria,  in collaboration with Federal Ministry of Health and other strategic partners on road safety.

Mustapha reiterated the commitment of Nigerian government to the five pillars of UN decade of Action on road safety.

Represented by Mr David Ganga, Director of Planning Research and Statistics, Office of the SGF, he said government had  established the National Advisory Council on Road Safety,  chaired by the  Vice President,  Prof. Yemi Osinbajo to achieve the commitment.

He added that the council was made up of ministers, state governors and other relevant stakeholders to ensure full implementation and monitoring of key pillars of the action plan.

He said technical working group of the council had developed National Road Safety Strategy 2019-2023 which would be inaugurated soon.

Mustapha said that reports confirmed that up to five per cent of Nigeria’s National Gross Domestic Products were lost, due to the consequences of road crashes; stressing that the amount represented about nine trillion naira annually.

He noted that about 90 per cent of the crashes were preventable by appropriate action of the government, its agencies and road users.

He said the UN General Assembly while considering the consequences of road crashes,  passed resolution A/64/2551 declaring a decade of activity on road safety from 2011 to 2020.

Mustapha noted that  the resolution was aimed at reducing road crashes and its consequences by 50 per cent.

He, therefore, said Nigerian government had ensured the provision of roads with essential infrastructure, and acceded to five UN road signage and that  those mandates  were already being domesticated in the country.

He said government had diversified means of transportation by improving the rail system, inland water ways and air transport.

He also said that government had developed policies that would ensure that only vehicles that met standards were imported to ply Nigerian roads.

He said that the data showed that most of the people who died from the road traffic crashes were within the ages of five to 25 years, at their productive age.

“We should be champions to reduce these deaths at any cost, and that is the rationale behind the observance of the week,’’ he said.

He added that the idea of global road safety week was aimed to bring burning aspects and interventions on road safety that had been identified to reduce the ugly trend.