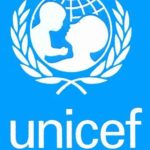 The dialogue was organised by UNICEF in collaboration with the CRIB on Monday in Lagos. Osanyinpeju urged the media to heighten public awareness on the importance of CRC with reference to the duty of the government, civil society organisations and communities, among others, in upholding the convention.
“As we prepare for the commemoration of the CRC at 30, we call on the media to focus their reportage on promoting all opportunities that will help children develop soundly as this connotes a giant stride toward the realisation of their fundamental rights,” he said.
He identified the United Nations Convention on the Rights of the Child as a human right treaty that sets out the civil, political, economic, social, health and cultural rights of children to which Nigeria is a signatory.
Osanyipeju however identified lack of access to basic developmental, survival, protection and participatory needs of children as an infringement on the rights of a child.
According to him, there is need to ensure that children are empowered all round to take their pride of place in our society and the world at large.
“This is a realisation that all children have a right to better life, an opportunity to survive, develop and reach their full potentials; and this can only be attained by upholding the Convention on the Rights of the Child.
“A comprehensive statement on children’s right which is binding under International law became necessary with reports of grave injustice suffered by children.
“These injustices ranges from high infant mortality, deficient healthcare, limited opportunities for basic education, alarming accounts of children being abused and exploited as prostitutes or in harmful jobs, children in prison or in other difficult circumstances,” he said.
Osanyipeju explained that the workshop was aimed at equipping the media with relevant knowledge of convention on the Rights of the Child as it relates to Nigeria.
According to him, it also exposes media to the concept of four principles of the convention which are non-discrimination; best interest of the child; the views on the development by the child, the right to life, survival and development.
He noted that CRC which was adopted by the General Assembly of the United Nations by its resolution of 20th November, 1989, has the same meaning for people in all parts of the world.
The CRC, according to him, takes into account the different cultural, social economic and political realities of individual States.
However, he commended the media for their enormous contributions that aided the realisation of children’s right on specific issues affecting their survival, development, protection and participation of Nigerian children.
Osanyipeju further commended UNICEF for its contributions, unyielding support and partnership with the federal government and consistent effort being made to ensure that the rights and wellbeing of Nigerian children are protected and upheld.
Similarly, Mrs Blessing Ejiofor, the UNICEF Communication Officer, identified the objectives of the workshop to include equip journalists with relevant knowledge of the CRC as it relates to Nigeria.
Ejiofor further noted that it was aimed at holding government accountable to its responsibilities in making sure the CRA is fully domesticated in every state of Nigeria as well as spur media advocacy on issues of children’s well-being and survival in relation to the CRC.
Post Views: 556
0 comment
0
FacebookTwitter