The Civil Society for Malaria Control, Immunization and Nutrition (ACOMIN) says it engaged the services of 10 community-based organisations to fight malaria in Gombe State.

The state’s Programme Officer, Mr Chuwang Samuel, disclosed this in an interview with newsmen in Gombe. 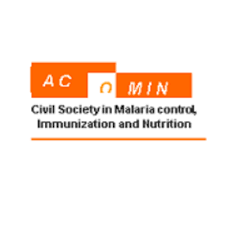 He said the society was presently working in five local government areas of the state to improve on the intervention of community structures in the fight against malaria.

He listed the council areas as Dukku, Gombe, Kaltungo, Kwami and Yamaltu/Deba.

According to him, the organisation is working on the prevention, treatment and mitigation of the impact of malaria, as well as the promotion of immunisation and better nutrition.

The programme officer said that the aim was to ensure accountability of funds and resources donated by global fund in their respective healthcare facilities.

He said the project was also aimed at conducting strategic activities to hold relevant stakeholders accountable for service provision and result.

Samuel said the organisation was also engaged in sustained, measurable advocacy efforts for improved state and local government areas in terms of support for malaria intervention.

According to him, it is also to improve the coordination of community-based organisations and community structures for informed inputs into malaria interventions.

He advised beneficiaries of the recently distributed treated mosquito nets to make daily use of it to prevent malaria.

He said the nets were distributed with the aim of reducing the high risk of malaria infection in the state.