The Nigeria Society of Physiotherapy (NSP) has called on the Federal Government to stem the tide of brain drain in Physiotherapy through employment, special incentives and better practice facilities.

President of NSP, Dr Rufai Ahmad made the appeal at a news conference on Thursday in Abuja to mark the 60th anniversary of the society. 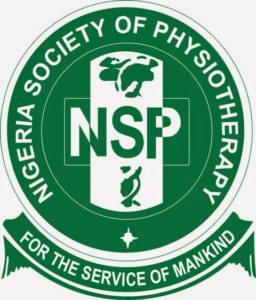 He said more than 50 per cent of physiotherapists produced in Nigeria had migrated to Diaspora in search of greener pastures.

Ahmad said due to the migration, it had led to poor physiotherapists to populace ratio in the face of non-communicable diseases upsurge.

He also said employment of more physiotherapists into government services would help in increasing the physiotherapists-populace ratio, and in turn help in reducing the burden of non-communicable diseases.

“Despite brain drain, the profession is being plaqued by unemployment, many government hospitals, clinics, medical centres are without physiotherapists; and in instances where existing, grossly under-sourced with physiotherapists.

He said the number of sessions physiotherapy consumers under NHIS are entitled to was also grossly inadequate.

Ahmad said the services of physiotherapists still remained under-utilised in spite of the efforts of the NSP in raising awareness.

“Some of the challenges include poor funding of research, postgraduate training and continuing professional development in physiotherapy.

“Inadequate use of clinical practice guidelines was also a challenge,” he said.

“Physiotherapists should be involved in all levels of healthcare especially at the primary level.