The United Nations on Friday urged Kenya to enhance family planning measures in order save costs in the health sector.

Olajide said at the health forum that the cost of family planning was substantially lower than that of child delivery. 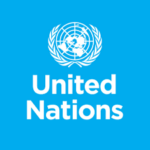 “By increasing uptake of family planning to prevent unwanted or unintended pregnancies, Kenya can use the savings to fund its universal health care programme,” Olajide said.

Olajide noted that in the 2016/17 financial year Kenya had 1.6 million births out of which approximately 380,000 were born with mothers of 19 years and below.

He noted that ideally girls under the age of 20 should not become mothers and so the public expenditure used on their maternity services could be used to cater for other critical health services.

The UNFPA official said that the government should embrace innovative ways to raise funds to finance universal health coverage. He noted that increased taxation was only one of the options to raise funds from domestic sources to pay for health expenditure.

“However, the approach of using new taxation on a particular sector can fail to realise the funds if the sector declines due to the additional taxes,” he said.

Olajide said addressing the issues of women’s health in a broad away could help Kenya achieve universal health coverage as well as the Sustainable Development Goals (SDGs) on Health.

“This is because women account for about 50 per cent of the population and so are central to the well being of society,” he added.

He observed that improved women’s health also had immediate positive benefits on the health of children.

UNFPA official noted that the well being of women and girls were one of the most sensitive development barometers in any society or nation.

“A nation or society cannot develop beyond the level of welfare of its women and girls, as incontrovertible evidence abounds that the empowerment of women is one of the surest strategies to enhance family health, improve child well being and education as well interrupt trans-¬generational poverty,” Olajide said.

He also urged the government to partner with the private sector in order to accelerate achievement of universal health coverage.

“The private sector could have innovative technologies and competencies that governments use to enhance access of health services,” he added.

National Chairperson of KMWA, Christine Saadia, called on the government and stakeholders in the health sector to prioritise the achievement of universal health coverage to improve the health of women, especially the reproductive health for women and girls.

Saadia noted that in spite efforts made in addressing women and girls’ special health needs, inherent barriers still prevent them from accessing and benefiting from quality health services and attaining the best possible level of health and well being.

“These barriers include gender related disparities economic, legal and social determinants such as low education,” she said.