WHO unveils e-surveillance for disease control

The World Health Organisation (WHO) has began distribution of 774 Android Phones to Disease Surveillance Notification Officers (DSNO) across the country.

The Electronic Surveillance initiative was aim at enhancing early reporting of diseases.

Dr Lawrence Ohammah, the WHO’s National Surveillance officer in FCT, made this known to media men shortly after training of some DSNOs in Abuja on Thursday. 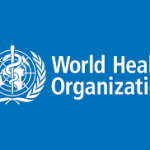 Ohammah explained that the DSNO from 17 states and Federal Capital Territory (FCT) had been trained on electronic surveillance and DSNO from each local government of those states received android phone.

He said that the programme was being rolled out in phases and those states that have not benefited would have theirs soon.

The officer said that the idea was to transit from paper reporting to electronic surveillance system to curb unnecessary delay.

According to him, the phones have been configured by organisation’s data mangers for processing of data and information using electronic format.

“There is delay in filling of forms and submitting them and this introduction of electronic surveillance will check such challenge.

“Electronic system is faster and addressing that immediacy, to get the job done in good time, as you capture the data, you are transmitting it to the next level.

“This will help in timely detection of disease outbreak and it will also help in planning control programme,’’ he said.