World Health Organisation (WHO) has called on member states across West and Central Africa to enhance domestic financing in the fight against malaria.

Dr Clement Lagula-Peter, Officer -in-Charge of WHO Nigeria, made the call  during re-launch of Malaria Futures for Africa (MalaFA), organised by RMB Partnership to end malaria, on Tuesday in Abuja.

Lagula-Peter said one way of advancing the fight against malaria was to enhance domestic financing, where African countries would source and have dedicated funds to fight malaria. 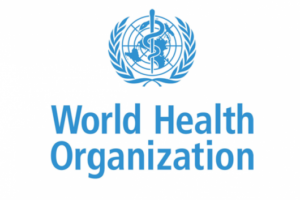 He said that a 2018 malaria report indicated that the world was off track to achieving the 2020 target of reducing malaria deaths and diseases by at least 40 per cent.

He added that “the underlining factor for under-performance in Africa, being the region with the highest burden with more than 90 per cent of global malaria cases, is notable decline in funding programmes.

“A malaria- free Africa will not be achieved without significant increase in malaria financing.

“The initial target is the 11 burden countries which contribute 75 per cent of the global burden and all of these countries are in Africa.”

The officer in charge said that the new approach to reinforce the fight against malaria was to have political will, strategic information, better guidance and coordinated response.

He noted that WHO and the Roll Back Malaria partnership was ready to support efforts toward the elimination of the epidemic in Africa.

Dr Richard Kamwi from Namibia, a Board Member, Roll Back Malaria Partnership and Co- Chair of MalaFA Study (Malaria Study in Africa), said that the team was passionate about eliminating malaria from the continent.

He said the malaria study in Central and West Africa varied from one country to the other, noting that the study was targeted at 19 African countries out of the 54 WHO member states.

The Ambassador said that the common outcome of the study was the concern of the impossibility of eliminating malaria by 2030 in African.

Kamwi highlighted some of the factors to include challenges relating to funding, especially domestic funding, which he said was extremely low.

He said some countries depended on partner funding from Global Fund, Bill and Melinda Gates Foundation, among others, adding that commitment and political will from member states was lacking.

According to him, tools such as drugs are not sustainable due to resistance to human body and the vector control in the chemicals used to control the vectors.

Kamwi listed some recommendations from the study to include the need for research and development, saying it was important that African countries did their best to intensify research to get new tools.

Also, Parfait Toure, the Head Access Programmes, West and Central Africa for Novartis Social Business, said the organisation was committed to the fight against several diseases with high burden impact in Africa and Asian countries.

Toure said the organisation started malaria programme since 2001 and presently treating children under the age of five years and other non-communicable diseases.

He said “we are optimistic but it all depends on how we work together as a continent to eliminate malaria.

“China as a country is on the way to eliminating malaria, a country of about two billion people which is more than the population of Africa, while Rwanda, South Africa, Botswana are some countries making great progress.”