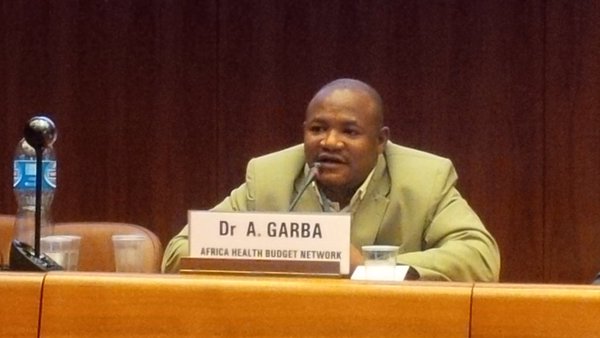 The advocacy journey to convince our past and current Ministers of Health to establish a mechanism that will promote transparency and accountability in the health sector has being on for a while now. We have experienced hopes and hiccups but the civil society organizations have remain resolute. What do we want to see happening in the health sector? It is a simple mechanism, a situation where the health sector has a quarterly accountability interactive forum that allows the Ministers and all chief executives of the various health agencies to attend and give an account of their stewardship quarterly which includes updates on financial releases and spending as well as services rendered and to some extend positive outcomes achieve. This will be follow up by a robust interaction between the official of government, leaders and civil society organizations including health professional bodies and the media. This singular action of “Monitoring, Review and Action” if done and managed well will enhance confidence, accountability and transparency and catalyze self-commitment on the part of our leaders as well as the advocates which invariably will reverse the negative health outcomes we are witnessing in Nigeria.

On Tuesday 25th June 2013, I wrote a column on this page titled “Advocating for a Quarterly Health Interactive Forum” and also wrote another column titled “It is time to strengthen Accountability for Health “on Tuesday 11th Nov 2014. The 2 articles chronicled progress and efforts by the civil society organizations to support Nigerian government in establishing a national accountability forum as stated above.

The 1st article detailed what transferred at a breakfast meeting during the Women Deliver Conference in Kuala Lumpur, Malaysia, May 2013 between the then Minister of State for Health Dr Muhammad Ali Pate and Nigerian civil society organizations that were attending the conference.  At the end of the meeting a consensus was reached that the office of the Minister of State for Health and civil society organizations will work together and establish and be convening a quarterly accountability interactive forum with the objectives stated above. 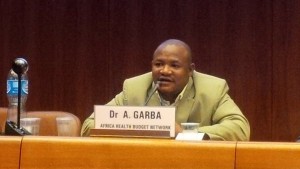 Then, I volunteered to write the 1st draft of the term of reference for the establishment of the agreed Quarterly Forum at national level as a means to strengthen accountability in health sector and to circulate for review and inputs. It was that day that I was writing the 1st draft when the announcement came in that Dr Pate has resigned from the federal government cabinet. I felt so sad and depressed that day as everything happened just so fast. He was enthusiastic about the Quarterly Health Interactive Forum and all the issues agreed in that meeting. His resignation collapsed such move as we couldn’t get another senior government official or policy maker willing to take a leadership and champion roles about establishing the quarterly forum.

As I reported in the published article of Tuesday 11th November 2014 “It is time to strengthen Accountability for Health” the article was instigated due to the much publicized Audited Report by GAVI which exposed some irregularities in the way Nigerian government managed its funds for Immunization. It was a challenge but equally gave us another chance to reawaken the discussion on accountability in health sector. Then, I and Mrs Toyin Saraki the Founder of Wellbeing Foundation Africa wrote and co-signed letters to Dr Ado Muhammad Executive Director of National Primary Health Care Development Agency and Dr Khalliru Alhasssan the then substantive Minister of Health. In the 2 letters we urged the 2 leaders to take proactive steps in addressing the recommendations of the audited report as well as establish the quarterly accountability forum to avert future occurrence. On Friday 7th November 2014 I met the 2 leaders face to face to advocate more what we asked in our signed letters.

It is now the turn of the current Minister of Health Professor Isaac Adewole to lead this discussion and catalyze actions that will establish the quarterly accountability forum. He already has the political will and commitment for it and has being singing the songs where ever he has the opportunity to speak in public fora. At the Africa Ministerial Conference on Immunization in Addis, February 2016, during the Universal Health Coverage Financing Forum in Washington DC, April 2016, at the PMNCH Board Meeting in May 2016 in Copenhagen, Denmark and finally at the 69th World Health Assembly in May 2016 in Geneva, all his utterances and body language were canvassing on the need to promote accountability and transparency in the health sector and the need to have a forum to promote such. What is needed now from Professor Adewole is the courage to move beyond talking and make it happen. I wish him all the best.

Send all comments to Dr Aminu Magashi Garba at healthweekly@yahoo.com