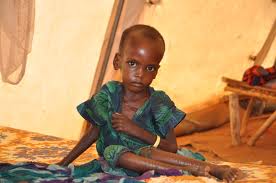 Kano state Government under the Community Management of Acute Malnutrition (CMAM), which started in the state in 2010, has treated 3.6 million malnourished children.

The Nutrition Officer, state Ministry of Health, Hajiya Halima Musa, made the disclosure during a field trip to Sharada Primary Health Center, Kano, organized for journalists by UNICEF.

Our Correspondent report that the trip was to acquaint journalists drawn from Kano, Katsina, Sokoto, Taraba, Lagos, Abuja, Kaduna, Gombe, Bauchi, Plateau, Adamawa and Jigawa, on malnutrition control in the state.

She said that 30 centers for the treatment of malnutrition have been opened in six selected local governments of the state.

Hajiya Halima further revealed that 103,376 malnourished children were treated across the centers in 2015.

She said that 5,744 patients were admitted, with nine deaths recorded during the period.

The nutrition officer added that 1,617 patients had recovered, while some 272 of those discharged defaulted in their treatment schedules.

According to her, each center attends to an average of between 80 and 100 patients daily, adding that the Ready to Use Therapy Food (RTUF) was given to malnourished children free of charge.

She called for the expansion of the treatment centres to at least 22 local government areas across the state, for effective management of the condition and urged relevant stakeholders to provide enough manpower for effective service delivery.

Kebbi pledges to give priority to leprosy treatment