Kebbi pledges to give priority to leprosy treatment 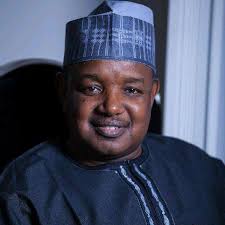 The Kebbi State Government has pledged to give attention to the treatment of leprosy, especially among physically challenged persons.

This was revealed by the state Commissioner for Information and Culture, Alhaji Musa Kalgo, in Birnin Kebbi at a workshop organized for media practitioners by the Leprosy Mission of Nigeria.

He said the state government would provide a platform that would enlighten persons with disabilities and leprosy patients.

“The leprosy disease is a global issue that requires universal attention, and on our part we would continue to discharge the duties of information dissemination to our people,” he said.

The Programme Manager of the Leprosy Mission of Nigeria, Sokoto state office, Mr. Steven Aroma, said the media could help to achieve the expectation and needs of persons affected by leprosy and disabilities.

He said the media would assist the communities through information dissemination about leprosy.

Mr. Aroma said that there was a wide gap between the government and the people, a situation to be reversed with the intervention of the media.

“The media and the government can provide social and economic services for persons effected by leprosy and disabilities.

He said begging by such persons could be reduced if the media played active role.

Our correspondent reports that 30 journalists drawn from various media organizations attended the workshop.