How people living with sickle cell can live a longer life 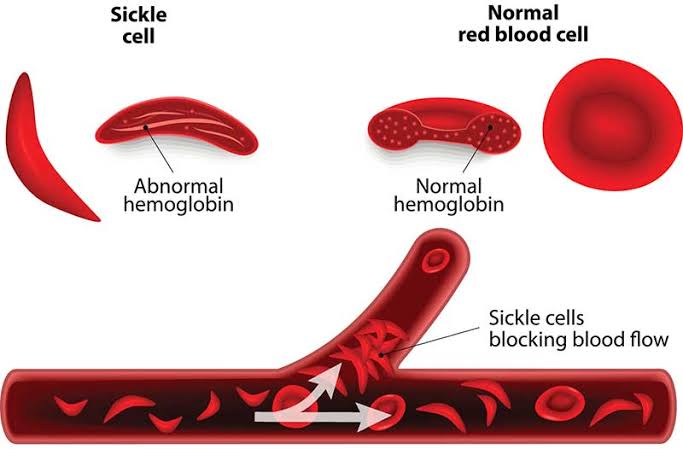 Some years ago, there was a myth that people living with sickle cell do not live long – they mostly died young or before their 25th birthday.

In a rapidly changing world, experts are insisting people living with Sickle Cell disorder, as it is usually called, can live till old age.

Asiata Laguda, who had SS, lived till the age of 95 years before she passed on in February 2020. Management they say is key.

The US CDC hinted that sickle cell disease occurs more often among people from parts of the world where malaria is or was common.

A 2020 report indicated that nearly 90 percent of the world’s sickle cell disease lives in three countries: Nigeria, India and Democratic Republic of Congo.  It is said to affect about two to three per cent of the Nigerian population.

According to the CEO of Sickle Cell Foundation in Nigeria, Dr Annette Akinsete, Nigeria has the highest burden of sickle cell in the world with about 150,000 babies are born every year with sickle cell disorder.

The sickle cell expert explained that parents, guardians and families all have a role to play in ensuring individuals living with SS live longer.

“Families who have children with sickle cell needs genetic counselling to know the dos and don’ts in avoiding crises as well as in the home management of sickle cell.

“A person living with SS must take plenty of water to avoid dehydration as it causes crises. They should also avoid excessive heat by not being in the sun for too long.

“Sometimes young boys want to play football because they see their friends playing ball and this can lead to physical stress and crises.”

Dr Akinsete admitted that infections and malaria are the major causes which drive SS patients to the hospital. People living with SS, whether they are kids or adults have to take folic acid and paludrine every day of their life to increase their blood volume as well as prevent malaria. The folic acid helps the blood to multiply rapidly.

Also, she stated, they need to take antibiotics. They don’t need to have an infection before they are given the special antibiotics to prevent infection.

“At the Sickle Cell Foundation, we provide these for parents especially those who are not able to afford it as it is expensive.”

She warned parents to desist from treating their kids at home or managing them alone. “They have to be registered in a clinic. There is no need to wait for them to fall ill.

“They must attend the regular clinic. There are sickle cell clinics in many hospitals across Lagos state and other states.”

She revealed that there is an available cure for sickle cell in Nigeria. Many people are of the belief that sickle cell is a death sentence and there is no cure.

Now, there is a cure for it in Nigeria.  At the moment, a functional facility for bone marrow transplant for sickle cell is in Benin City.

Dr Akinsete emphasized that the most devastating effect of sickle cell is stroke in children as young as two to seven years old.

It is an implication that is best avoided and prevented, she stated. She mentioned that to prevent stroke in SS children, it is advisable to do a transcranial doppler (TCD) test.

It helps in determining which children are high risk for stroke.

To further prevent the stroke from occurring, those children are given a medicine or they use an exchange blood transfusion machine.

To avoid knowing a child’s genotype or SS status late, she advocated for newborn screening which she claimed has been common practice in the developed world.

This screening she said, gives room for early diagnosis and immediate treatment.

“Though they don’t have as much sickle cell as we do, but they screen every child for sickle cell.

“They instituted a preventive measure in case the child is confirmed to have the SS disorder. Before the child starts having infections, they give them preventive antibiotics and immunizations.

“When they are able to reach the age of five, they thrive. In Nigeria, we are advocating for early diagnosis before the age of one for any child who has sickle cell disease.”

The expert acknowledged sickle cell is not a death sentence. “Anyone with the disorder can thrive and be what they desire. With better treatment and management, people who have sickle cell can live a normal productive life.

“At every primary healthcare [centre], they should be able to diagnose sickle cell.”