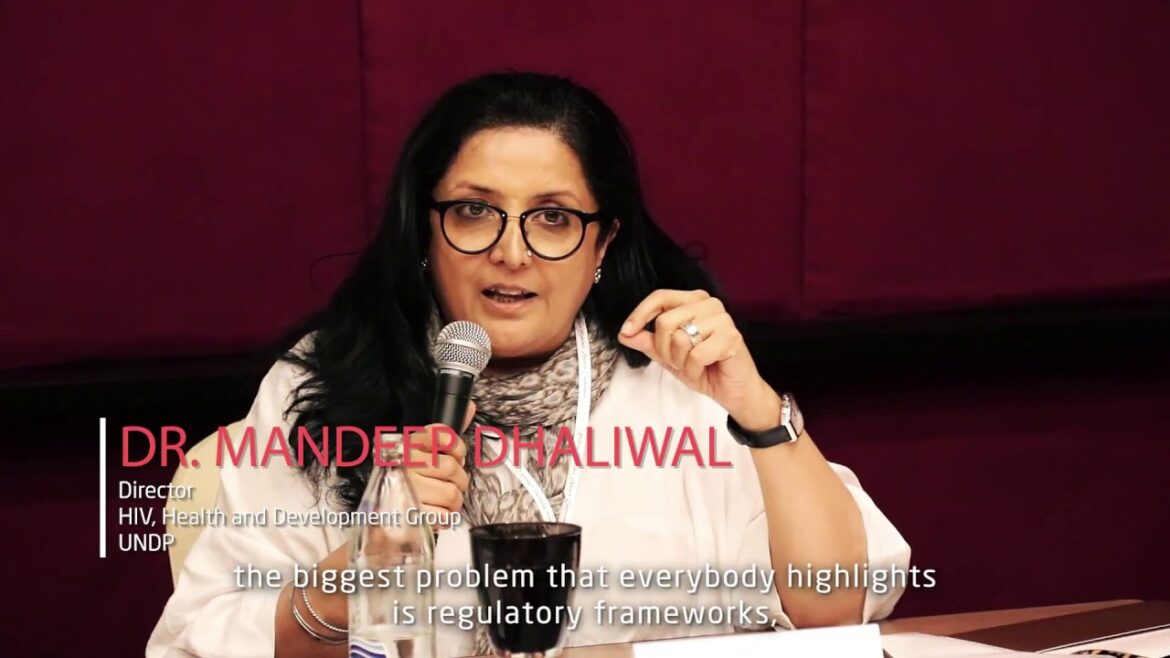 Punitive and discriminatory laws that stigmatize marginalized communities are hindering the fight against HIV/AIDS, says a senior UN health expert, interviewed by UN News ahead of the 2022 International AIDS conference.

Mandeep Dhaliwal, the director of HIV and health at the UN Development Programme (UNDP) is concerned that the proliferation of such laws is hampering the UN’s response to the virus, which is also being hit by a host of interconnected global crises.

He said it is a pivotal time and opportunity to galvanize people around getting the AIDS response back on track. For the UNDP, the HIV/AIDS response is all about reducing inequalities, improving governance, and building resilient and sustainable systems, and this is really where we need to step up action if we’re going to regain lost ground.

What are the links between HIV/AIDS and development?

HIV and other health issues are drivers and indicators of human development. For example, the war in Ukraine is having a dramatic effect on the cost of living, and 71 million people in the developing world have fallen into poverty in just three months.

That has consequences on everything from the financing of HIV/AIDS programs, to access to services, prevention, and treatment.

We’re seeing widening inequalities within and between countries, and we know that, in these kinds of crises, the impact is disproportionately borne by the most vulnerable and marginalized in our communities.

We’re seeing the cascading effects of multiple overlapping crises: the COVID pandemic, the war in Ukraine, the financial crisis, the food and energy crisis, and the climate crisis.

All of these are contributing to backsliding on HIV, and a decline in the resources available to countries. There is an incredible strain on already fragile, weak, and often fragmented health systems, and COVID has just deepened that.

There are 100 million displaced people. It’s a global record, and they’re at increased risk of acquiring HIV. They face barriers to accessing HIV and health services and are often cut off from support networks.

Economic growth prospects are down. The World Bank projects that 52 countries will face a significant drop in their spending capacity through 2026.

These 52 countries are important because they’re home to 43 per cent of the people living with HIV worldwide. But now, the HIV response, especially in Africa, is in jeopardy.

Do you think we can eradicate AIDS?

I think we can get to the end of AIDS as a public health threat, but that’s going to require an urgent scale up of efforts in the next five years, to really address some of the persistent challenges in the AIDS response, particularly around young and adolescent women in sub-Saharan Africa, and marginalized populations globally.

This includes men who have sex with men, sex workers, transgender people, and people who use drugs, who’ve always been more vulnerable and at greater risk of acquiring HIV.

And that requires removing punitive and discriminatory laws which keep these people away from services, and away from accessing prevention. The data demonstrates that countries that have removed these kinds of laws do better in terms of HIV responses.

Unfortunately, that’s not the norm, and most of the countries with these laws are not on track to reforming their legal and policy environments.

So, this conference is also an opportunity to bring attention to the historic targets which were adopted by Member States in the 2021 political declaration on HIV [these targets involve major reductions in reducing HIV/AIDS related stigma, criminalization, gender inequality and violence]

If we can achieve that, we can get to the end of AIDS as a public health threat by 2030.

When the theme for this conference – re engage and follow the science – was chosen, was that a message to those governments who put these laws in place?

Yes. There’s a lot of science out there now which shows that decriminalization yields public health and HIV benefits. Prevention is more effective particularly in marginalized populations. It leads to better access to services and social support.

It is also a message to not forget about HIV. There’s still a job to be done, and we have to regain the ground we’ve lost over the last couple of years.

Against the backdrop of this very difficult international landscape, what do you think is the best-case, realistic outcome of this conference?

One is a commitment to drive action on removing punitive and discriminatory laws, eliminating stigma and discrimination, and protecting people from violence.

The other is a commitment to follow the science. Science is moving at a pace that we’ve not seen before. For example, there is now a long acting anti-retroviral, which would be very good for prevention in key populations. But it needs to be priced at a point that makes it affordable and accessible in developing countries.

I’m hoping that the conference addresses this issue because it’s a theme that has run through the COVID pandemic, certainly around COVID vaccination, and it’s a theme that the HIV community is familiar with, especially when it comes to access to treatment.

We’ve had 40 years of the HIV pandemic and we were making progress, but you can’t take progress for granted.

We are entirely capable of dealing with multiple pandemics at the same time: HIV, TB, malaria, COVID, and now Monkeypox, which has been declared a public health issue of international concern.

We can do it, but it requires investment, action, and commitment. We should all be advocating for the full replenishment of the Global Fund to fight AIDS, Tuberculosis and Malaria, which will take place at the end of September in New York.

We really have to step up our investment, our action, and our commitment to finish the job on HIV because the best way to be better prepared for future pandemics is to deal with the ones that you’ve already facing.

How monkeypox outbreak can be stopped – Tedros

How monkeypox outbreak can be stopped – Tedros

Monkeypox: WHO urges men at risk to reduce...

WHO reports 14,000 cases of monkeypox globally