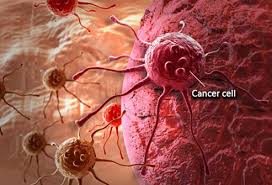 Researchers from Chinese institutes and Columbia University have developed a new nano material that can act as an anticancer drug carrier.

This breakthrough is said to be representing a promising strategy for precise drug delivery in cancer therapy.

Lead researcher Dong Wenfei, of the Suzhou Institute of Biomedical Engineering and Technology under the Chinese Academy of Sciences, said the main components of the new material are selenium and silicon dioxide, which can be degraded under X-ray irradiation.

“Under low levels of X-ray irradiation, the material achieved controlled drug release. Drug carriers are compounds that can be attached to drug molecules for targeted delivery

Tests on mice with breast cancer showed that the use of the nano drug carrier could double the efficiency of tumor treatment and greatly reduce toxic side effects when compared with conventional chemotherapy”.

Similarly, Shao Dan, a researcher from the Guangzhou-based South China University of Technology, who also participated in the study said  they found out  through experiments that the nano drug carrier induced tumor-specific immune responses. This is indicating that it cannot only kill tumors, but can also help inhibit tumor metastasis.’’

Published in October, in the international journal Advanced Materials, the results of animal experiments showed that the nanomaterial with a tumor cell membrane wrapped around its surface can precisely guide chemotherapy drugs to tumors.

4500 young women in sub- Saharan Africa are infected with HIV