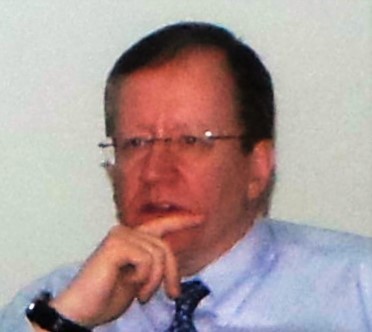 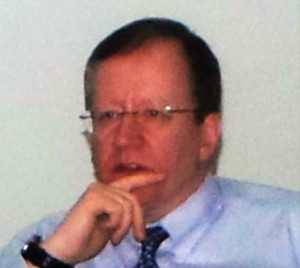 Throughout Nigeria, there is a significant number of programmes aimed at supporting Orphans and Vulnerable Children (or simply Vulnerable Children – VCs – as they tend now to be called) and their carers. In addition to important work related to encouraging VCs to stay in school, develop income generating skills for later in life and so on, such programmes also offer ‘psychosocial support’ which reflects the fact that a significant number of VCs have experienced great trauma in their young lives which can often be accompanied by aggression, eating disorders, as well as poor sleeping habits and learning problems at school. This support is often understandably focused on ensuring that caregivers are appropriately sympathetic, that VCs are able to develop affectionate relationships with those around them and that they are able to engage with familiar routines on a daily basis. It is also frequently stated that VCs benefit from regular visits from community health workers who can engage them in discussions about the problems they are facing. Above all else, the focus of psychosocial support has tended to be on ensuring that VCs are integrated into an extended family or other social setting in ways which do not isolate him/her.

This approach is based not only on best practice, but also sound common sense and cannot reasonably be questioned.

A recent research article by Dr Brandon Kohrt et al (Validation of cross-cultural child mental health and psychosocial research instruments: adapting the Depression Self-rating Scale and Child PTSD Symptom Scale in Nepal – http://www.biomedcentral.com/1471-244X/11/127) makes a number of key observations regarding child mental health which are worth considering in light of the issues noted above.

First, there is a serious lack of high quality research into child mental health. Although it has been estimated that almost one billion children living in lower and middle income countries do so in poverty, this can sometimes hide the fact that two thirds are affected by armed conflict while one third are underweight or stunted. For all of this, however, the fact is that these highly vulnerable populations are covered by a mere five per cent of the child mental health literature, begging the question – how much do we really know about ‘them’ and how can we develop programmes without the appropriate insights and understanding? Without the correct tools, there is almost certainly a danger that we do not know quite as much about VCs and their mental health as we like to think we do.

Second, in high income countries, child mental health is usually explored well through channels such as hospital records, structured diagnosis within clinical settings and school/institution based psychological testing, all of which have been used to assess the prevalence and impact of childhood mental illness, as well as the ways in which children have coped with their conditions. In low and middle income settings, these channels are often absent and the lack of mental health expertise is yet another barrier in delivering effective diagnosis, as well as care and support services. Instead, instruments which can be administered by parents, teachers, community health workers and, indeed, children themselves have become important in terms of gathering key mental illness insights. Such instruments are also essential in ensuring that mental health resources are allocated efficiently and that children are not misdiagnosed or left out of diagnosis initiatives altogether.

Third, a great danger lies in engaging with such instruments which have been developed and validated with children only living in high income settings, using Western cultural norms and reference points. Such tools, Kohrt et al argue, cannot simply be linguistically translated into the ‘local’ context, with the expectation that they will have the same psychometric properties in other, new, settings. Indeed, any attempt to use Western tools in other settings can lead to misclassification and the distortion of prevalence rates in particular. Again, resources will not be allocated efficiently and, pivotally and tragically, the children concerned run the risk of being misdiagnosed. Under such circumstances, the data gathered using inappropriate tools might be worse than no data at all as it could easily lead to a potentially harmful intervention.

Fourth, the call is made for all data collection tools, especially questionnaires, to be appropriately validated in any new socio-cultural setting. Khort et al’s article pose a number of key challenges (and, indeed, approaches) inherent in the validation of any tool proposed for data collection with their core issue being that it is not ‘just about’ translation of key terms. As Kohrt et al state, ‘while the specific process of transcultural translation and validation will vary based on objectives and local resources, a critical evaluation of the translation and validation process is indispensable’ and will involve a range of parties and activities from mental health experts to high quality translators as well as community focus group discussions. In other words, the tool must be shown to be absolutely appropriate to the context in which it is to be used. As much as this sounds like common sense, Kohrt et al raise genuine concerns over how often ‘validation’ genuinely happens.

In considering this important article, I am aware of the fact that, at the time of writing, Mental Health has appeared in the 2015 Sustainable Development Goals and, consequently, there is increasing attention being paid to the impact of mental illness on education, health, livelihood and emergency initiatives. The potential danger is that agencies of all descriptions will seek to establish prevalence and impact ‘as soon as possible’ to ‘help’ and, understandably, to articulate their cases with potential donors and supporters. As child mental health has shown, however, agencies need to proceed with some degree of caution – engaging the wrong tools for the wrong problems will lead both to confusion and a situation in which donors are unconvinced that the ‘real issues’ have been addressed and are therefore worthy of their support.

The Gede Foundation works to bring underserved and stigmatised health burdens ‘out of the shadows’ through high quality research, catalytic partnerships and advocacy which result in long term change at the community level. The Foundation is currently working with partners to establish the prevalence of depression, substance abuse and suicidality among people living with HIV-AIDS while, at the same time, exploring ways in which mental health protocols can be integrated into existing health platforms. The Foundation was recently awarded a BasicNeeds UK franchise (see http://www.basicneeds.org/gede-foundation-joins-as-basicneeds-first-franchisee-in-nigeria) to develop community based mental health programmes which address both mental illness (and epilepsy) and livelihood support for those suffering from mental illness and their carers. The Foundation is also currently working with partners to culturally validate tools for VC programmes throughout Nigeria. In the interests of transparency, it is noted that Dr Brandon Kohrt is a member of the Board of Directors at Gede but has played no part in the writing of this piece