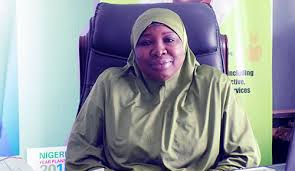 He made the called during a one day sensitization meeting on the National Health Act organized by UNICEF in collaboration with the state Ministry of Health held at Zaranda Hotel Bauchi.

Dr. Kai Kai said the National Health Act provides a frame work for the establishment of systems to support the far reaching reforms in the health sector, adding that functional health centers would reduce the rate of maternal and child death.

“According to the Act, the Federal Government will contribute 50 percent while states and local government areas are to contribute 25 percent,” he said.

In her remark the state Commissioner of Health, Dr. Halima Mukaddas, said the state government is ready to provide all necessary health care facilities towards achieving the desired objective of national health act.

She said: “The state government will soon established PHCs in the 323 wards across the state to achieved the said goals and objectives and also reduce maintain maternal and child health care in the state.”

Dr. Halima stressed that the state government has since embraced the Federal Government reform system of providing primary health care center per ward.

On his part, Chairman of the state House of Assembly Committee on Health, Yunusa‎ Ahmed, reaffirmed the commitment of the legislature to do everything within its power to ensure that proper implementation of the Health Act and provision of functional health care facilities across the state.