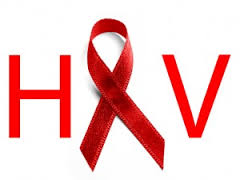 Nike Ayodele belongs to a famous group in Nigeria called Network of People Living with HIV and AIDS in Nigeria (NEPWAN). She joined the group in 2010 as a single lady having tested positive to HIV, and since then has been very active in the network’s activities.

In 2012, she got married to her husband who is also living with HIV. The couple is knowledgeable on how they can give birth to babies that are not infected with the virus.

Nike’s first child was born in 2013 and her baby after six months of birth had his Early Infant Diagnosis (EID) and tested negative. Her child was adequately breastfed as instructed by the health worker who had told Nike when she was pregnant to ensure she take her antiretroviral drugs at all times.

At three years, her child is healthy and negative. The same measure she applied to have her first negative baby was not applied for her second birth in 2015. Her second tested Positive to HIV and the family now have three people needing HIV treatment and care, with low access to regular diagnosis and drugs.

When asked at what point she lost grip of her Prevention of Mother to Child Transmission (PMTCT) Knowledge she said; “when I was pregnant, my husband lost his job because his health is getting bad, and we can no longer afford the care for both of us, when I delivered him I became very ill too, so I could not manage the situation. I noticed he
was regularly sick so we went for EID and the result said positive.”

As gathered from Nike, she stopped taking her drugs at some point while trying to manage her sick husband and her pregnancy, and the cost of treatment at hospitals also contributed as she said that the last one year the family has been paying to access care unlike the time it was free and accessible. This family is just one out of many families in Nigeria that have similar story and contributes to the estimated 380,000 children currently living with HIV in the country.

In Nigeria, Mother-to-child transmission has been responsible for over 90% of HIV infection in children. The country’s PMTCT program commenced in 2002 in six tertiary facilities across the geopolitical zones and has enjoyed massive support from U.S President’s Emergency Plan for AIDs Relief (PEPFAR) and the Global Fund to Fight AIDs,
Tuberculosis and Malaria (GFATM) over the years with more than 5,767 sites in December 2013.

Funding for HIV programs in Nigeria is majorly donor driven, as International funds account for 74.65% of HIV expenditure, Government of Nigeria 25%, State Governments contributed 0.3% of total Government funding, Out of pocket expenditure on direct HIV services is approx. N84, 480 per household per annum, 14.5% of household income spent on HIV care, findings on paediatric HIV assessment in Nigeria bottlenecks, barriers and solutions for informed planning compiled in 2014 revels.

The coverage of PMTCT services remains low with only 30% of HIV infected mothers accessing these services, therefore the country has a large number of children infected through mother-to-child transmission (MTCT) and accounts for about 30% of the global burden of paediatric HIV infection.

“The paediatirc ART programme in Nigeria commenced in 2005, several years after the adult program, since commencement, the programme has been bedeviled by many challenges with resultant low coverage” said Minister of Health, Professor Isaac Adewole, during the launch of National Acceleration Plan for Paediatric HIV Treatment and Care, the harbinger Report on the Assessment of Paediatric HIV in Nigeria 2014, and National Scale Up Plan for Viral Load Testing in Nigeria.

Nigeria is among the 22 PMTCT priority countries with lowest coverage of both EID and Paediatric Anti-Retroviral Therapy (ART) services. This reveals a significant gap in the national HIV response.

The report says the revised National HIV/AIDS policy 2010 and the National HIV/AIDs strategic framework 2010-2015 identify the low investment in research and gaps in Knowledge, as well as Monitoring and evaluation of services as major impediments in Nigeria’s HIV/AIDs.

Nigeria also launched President’s Comprehensive Response Plan (PCRP) for HIV/AIDS with specific focus on PMTCT and paediatric HIV. The plan states that ‘the President’s plan will provide access to ARV prophylaxis and treatment for all HIV positive clients regardless of status in PMTCT programs.

The mother infant pair will also be followed-up at delivery and provided with necessary medications including cotrimoxazole, infant feeding counseling, EID, infant ARV, prophylaxis and treatment.’

If adequately implemented the PCRP will enroll additional 600,000 eligible adults and children on ART and activate 2,000 new PMTCT and ART service delivery points across the country for women and children like Nike and her child, unfortunately this is not happening yet.

“Nigeria contributing 30% of the global burden of HIV infected children, with low coverage of paediatric Anti-Retorviral Therapy (ART) for eligible children which is at 21% is attributive to the increasing rate of HIV infection in women, low uptake of Mother-to-child Transmission of HIV (PMTCT) and Early Infant Diagnosis
(EID) as well as lack of policies that supports decentralization of paediatric ART services),” said Dr. Emeka Asadu, Head Treatment, Care and Support HIV/AIDS Division at the ministry of health.

Nike’s child like any other child living with HIV in Nigeria turned positive to HIV due to low coverage of PMTCT EID, Paediatric ART, and other gaps in policy implementation, supply, demand, and quality of services.