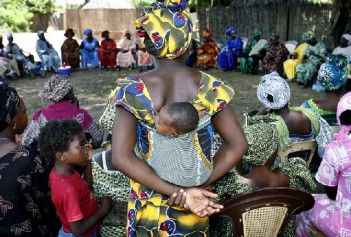 A Consultant Psychiatrist, Dr Maymunah Kadiri, on Thursday said one out of four women in Nigeria would experience domestic violence in their lifetime. Kadiri, the Medical Director of a Lagos-based private hospital, Pinnacle Medical Services, made the assertion in a statement emailed to newsmen in Lagos.The statement said that intimate partner homicide and rape were the most serious form of domestic violence in Nigeria.

“Women with fewer resources or greater perceived vulnerability, girls and those experiencing physical or psychiatric disabilities or living below the poverty line are at greater risk of domestic violence and lifetime abuse.

“Children are also affected by domestic violence even if they do not witness it directly,’’ it said.

The statement said that domestic violence was still a major issue in the Nigerian society.It said that women had been subjected to various forms of violence, including rape, battering, trafficking and even murder.

“In spite of the spirited efforts by the world bodies, including the Universal Declaration of Human Rights, the International Convention on Civil and Political Rights.

“Also, Nigeria’s constitution to eliminate discrimination and violence against women and promote the idea of freedom, equality and justice, the Nigerian woman is often violated and without apology,’’ it said.

It quoted Kadiri as saying that the occurrence of domestic violence had profound and destructive consequences, including psychological, physical, emotional and social disorders. According to the statement, getting justice for a woman who is abused at the family level is most times difficult and wrongly treated by the law, leaving the victim dejected, rejected and dehumanised.

“This research provides information about domestic violence in Nigeria and has as its objectives to facilitate the activities of professional counselors such as clergy.

“And also, educators, sociologists and law enforcement agents as mediators working on behalf of women’s rights in Nigeria,’’ it quoted Kadiri as saying. She said that there was need for increased public, legal and healthcare awareness and improved community resources to enable survivors to rebuild their lives.

Group wants Buhari to appoint women into positions of power