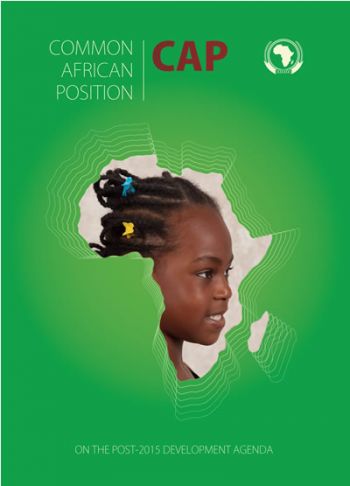 Ahead of the World Health Assembly meeting, African Ministers of Health has deliberated and agreed on a Common African Position (CAP) to the United Nations General Assembly High-Level Meeting on Ending AIDS that will be taking place in New York from June 8 to 10 2016.

It was gathered that the CAP is critical in the political declaration negotiations that are ongoing.

Commissioner for Social Affairs at the African Union Commission, Dr. Mustapha Sidiki Kaloko, said it is imperative that Africa negotiates as one block, highly impacted by AIDS, and demand a political declaration that commits to bold strategies that aim to end the AIDS epidemic as a public health threat by 2030.

According reports, Africa has made remarkable progress in the AIDS response, through sustained leadership and political commitment at various levels.

The world achieved the UN General Assembly Political Declaration target of having 15 million people on treatment by 2015, nine months ahead of schedule, with 10.7 million people on ART in Africa alone, up from fewer than 100,000 in 2002.

“As a result, AIDS-related deaths decreased by 48% between 2005 and 2014. New HIV infections in Africa declined by 39% between 2000 and 2014, and since 2009, there has been a 48% decline in new HIV infections among children in the 21  priority countries of the Global Plan Towards the Elimination of New HIV Infections in Children by 2015 and Keeping their Mothers Alive. TB-related deaths in people living with HIV have fallen by 36% since 2004,” the statement said.

However, despite the unparralled progress, the AIDS epidemic is an unfinished business. At the end of 2014, there were 25.8 million people living with HIV in Africa South of the Sahara.

“Approximately 800,000 people died of AIDS-related causes in Africa south of the Sahara in 2014. TB remains the leading cause of death among people living with HIV.

“New infections have not declined fast enough in recent years, facilitated by the insufficient scale of prevention programmes and inadequate investments. While much progress has been made in financing the AIDS response, the resources required for the AIDS response by all African countries will need to increase to a projected $12.2 billion
by 2020, then gradually decrease to $10.8 billion by 2030.”

As the continent heavily impacted by AIDS, the Common Africa Position demands a political declaration that commits to bold strategies that aim to end the AIDS epidemic as a public health threat by 2030.

It seeks to commit to a Political Declaration that has global targets and strategies, as well as Africa-specific targets.

When will incessant strikes end in the Nigeria’s Health Sector? (Part one)