Top Posts
AfDB secures $15.6bn investment for construction of Lagos-Abidjan...
WHO advocates holistic approach to hand washing
UN Deputy chief to attend COP15 in Abidjan...
WHO confirms death of 3rd Ebola patient in...
Global food prices down by 0.8% in April...
Hand hygiene can prevent 70% infections – WHO
COVID-19: US limits use of J&J vaccine due...
South Africa’s daily COVID-19 cases soar 50% in...
Invest in nursing profession to reduce migration –...
Cognitive impact of COVID-19 equivalents to 20 years...
Home NewsAfrica Africa tries to end vaccine inequity by replicating its own
AfricaNews

Africa tries to end vaccine inequity by replicating its own 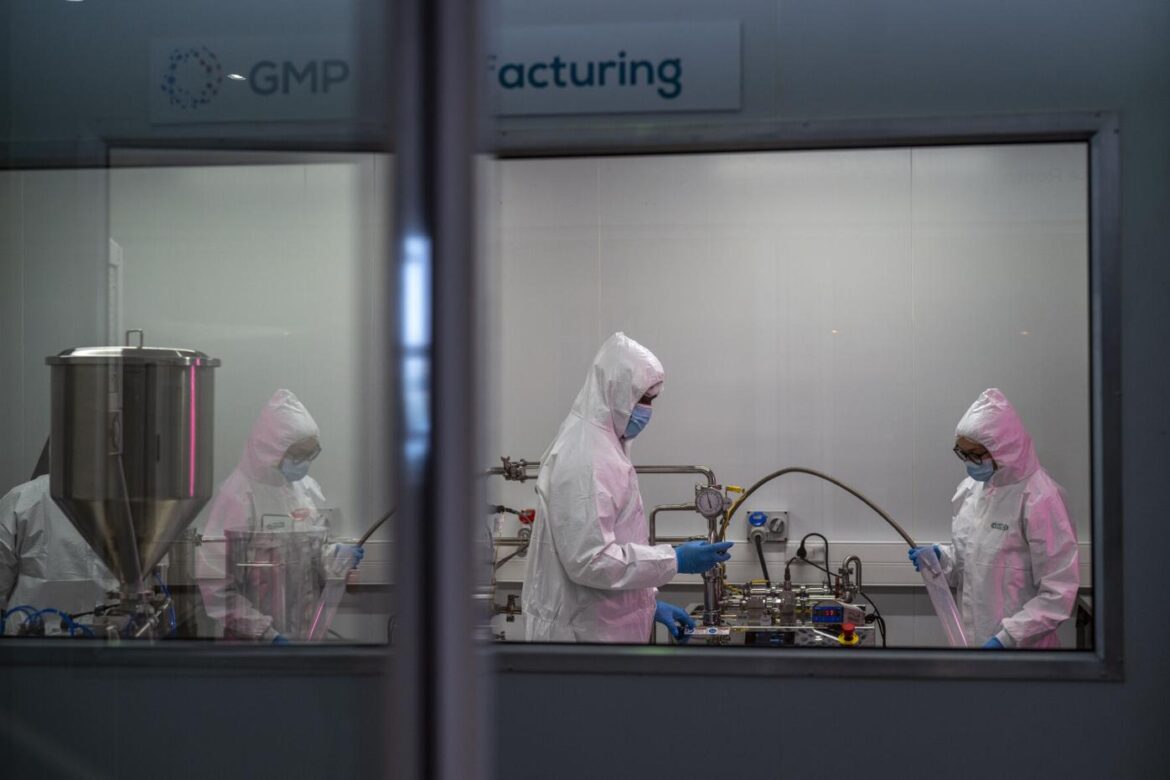 In a pair of Cape Town warehouses converted into a maze of airlocked sterile rooms, young scientists are assembling and calibrating the equipment needed to reverse engineer a coronavirus vaccine that has yet to reach South Africa and most of the world’s poorest people.

The energy in the gleaming labs matches the urgency of their mission to narrow vaccine disparities.

By working to replicate Moderna’s COVID-19 shot, the scientists are effectively making an end run around an industry that has vastly prioritized rich countries over poor in both sales and manufacturing.

And they are doing it with unusual backing from the World Health Organization (WHO), which is coordinating a vaccine research, training and production hub in South Africa along with a related supply chain for critical raw materials.

It’s a last-resort effort to make doses for people going without, and the intellectual property implications are still murky.

“We are doing this for Africa at this moment, and that drives us,” said Emile Hendricks, a 22-year-old biotechnologist for Afrigen Biologics and Vaccines, the company trying to reproduce the Moderna shot. “We can no longer rely on these big superpowers to come in and save us.”

Some experts see reverse engineering — recreating vaccines from fragments of publicly available information — as one of the few remaining ways to redress the power imbalances of the pandemic.

Only 0.7% of vaccines have gone to low-income countries so far, while nearly half have gone to wealthy countries, according to an analysis by the People’s Vaccine Alliance.

That WHO, which relies upon the goodwill of wealthy countries and the pharmaceutical industry for its continued existence, is leading the attempt to reproduce a proprietary vaccine demonstrates the depths of the supply disparities.

The U.N.-backed effort to even out global vaccine distribution, known as COVAX, has failed to alleviate dire shortages in poor countries. Donated doses are coming in at a fraction of what is needed to fill the gap.

Meanwhile, pressure for drug companies to share, including Biden administration demands on Moderna, has led nowhere.

Until now, WHO has never directly taken part in replicating a novel vaccine for current global use over the objections of the original developers.

The Cape Town hub is intended to expand access to the novel messenger RNA technology that Moderna, as well as Pfizer and German partner BioNTech, used in their vaccines.

“This is the first time we’re doing it to this level, because of the urgency and also because of the novelty of this technology,” said Martin Friede, a WHO vaccine research coordinator who is helping direct the hub.

Dr. Tom Frieden, the former head of the U.S. Centers for Disease Control and Prevention, has described the world as “being held hostage” by Moderna and Pfizer, whose vaccines are considered the most effective against COVID-19.

The novel mRNA process uses the genetic code for the spike protein of the coronavirus and is thought to trigger a better immune response than traditional vaccines. (AP)