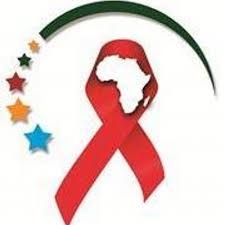 The Organisation of African First Ladies against HIV/AIDS (OAFLA) has pledged to advocate support for the Global Fund’s campaign to mobilise $13 billion for the fifth replenishment for HIV/AIDS by September 2016.

According to a communiqué issued by it at the end of its 17th Ordinary OAFLA General Assembly on the sidelines of the 27th AU Summit in Kigali, Rwanda, the First Ladies called on the global community to support the global fund replenishment to particularly end AIDS, Tuberclosis and Malaria by 2030, and also build resilient and sustainable health systems.

Health Reporters gathered that the theme of the OAFLA assembly was ‘Advancing Sustainable Partnerships to end paediatric AIDS and improve Adolescent Sexual Reproductive Health and Rights’.

The first ladies also pledged to collaborate with relevant partners to reduce mortality rate from cervical cancer by advocating for adequate resource allocation for the prevention and treatment of the disease and create awareness about prevention methods among the youth.

They further called upon governments and national institutions to ensure ratification, domestication and reporting on the implementation of international and regional instruments and legal frameworks that protect women and young people’s rights.

They also committed to continue to ensure the launch of the campaign to End Child Marriage in all their countries.

In her welcome remarks, First Lady of Rwanda, Mrs. Jeannette Kagame, underscored the importance of Africa to rise up against all odds.

She said: “Indeed what we have managed to do by rising up again is to us a symbol and testament to what Africans can accomplish and overcome when we foster the will to work together and walk the same path towards a future of our making.”

She called on others to consistently assess and re-assess their commitments to the organisation which was born 15 years ago, adding that it is born of their duty to lend a voice to Africa’s most vulnerable populations.

Chairperson of the assembly, First Lady of Ghana, Dr. Nana Mahama, in her opening remarks outlined some of the activities undertaken by OAFLA since its last convention in January 2016.
Represented by the first lady of Kenya, Mrs Margaret Kenyatta, the chairperson said the activities includes commemoration of African Vaccination week and national chapters in reaffirming their commitment to advocate for access and investments to life saving vaccines for Africa’s mothers, new born, children and adolescents.

Commissioner for Social Affairs of the AU, Dr. Mustapha Kaloko, stated that ending paediatric AIDS by 2030 was a prerequisite for achieving all the seven aspirations of Agenda 2063.

“As we put it in the common Africa position to the High Level Meeting on HIV (HLM), while the Sustainable Development Goals (SDGs) are broad and, comprehensive, not focusing resources to high impact areas will reverse the gains achieved in the AIDS response. Ending AIDS will be a shared triumph for many SDGs,” he said.