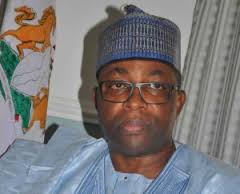 Bauchi State Accountability Mechanism on Maternal, New born and Child Health (BaSAM) in collaboration with Community Health and Research Initiative (CHR), have appealed to Governor Mohammed Abdullahi Abubakar of Bauchi state, to pay the remaining 25 per cent of the state’s N44 million commitment in the  quadripartite fund

The appeal was made during a two-day refresher training on Budget tracking for Civil Society Organisations (CSOs) and media from the state sponsored by CHR in Abuja.

A presentation by CHR Board of Trustee Chair, Dr. Aminu Magashi Garba, shows that Bill and Melinda Gate and Dangote Foundation have paid 100 per cent of their commitment while the state government is yet to complete its payment as agreed in the Memorandum of Understanding (MOU).

“Bauchi state government should try and pay up its counterpart fund commitment for 2016, as the state will pay the largest share of 70 per cent in 2017 and 100 per cent in 2018 as agreed in the MOU.

Our correspondent reports that Bauchi has only paid 75 per cent of N120 million out of the N164 million agreed upon for 2016.

The CSOs urged the state government to try and pay the remaining per cent RI coverage in the state.

They commended the state government commitment to improving the well-being of the people against any health challenge facing the people of the state.

Meanwhile, the group have also called for Routine Immunization code in the state’s 2017 health sector budget.

The coalition explained that the RI code will help in addressing the need for improved qualitative health care services for the people of the state through advocacy for transparency and information sharing that influence evidence based policies and programmes.

BaSAM further said that the code will also promote public participation, local ownership and make the government accountable to people of the state.