Bauchi state to Immunize 1.6m Children against Measles in 5 days 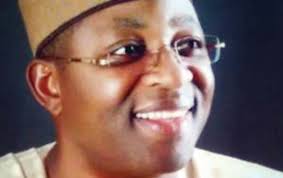 Bauchi State Government says it would immunize 1.6m children between 9 – 59 months in the state against Measles in five days. Dr Mansur Dada, Incident Manager, Emergency Operation Centre (EOC), made this known on Wednesday in Bauchi during a one day orientation organized by the State Primary Health Care Development Agency (PHCDA) for journalists. Dada said that the state government had set up 1,615 teams of medical experts and 2,454 posts in the state to be manned by seven personnel per team during the exercise. He emphasized that the posts were being situated in hospitals, primary health care centers and other designated places.

Dada said that the team comprised two medical experts, two vaccinators and a recorder as well as town announcer. He said that the exercise was organized by the federal government to close the gap that might have been created by Routine Immunization and would take place in all the states in the Northern Region. He also said that doctors, primary health care assistants, technicians and hospital assistants have been groomed for the exercise and that adverse events following immunization (AEFI) kits would be provided at each post that would take care of side effects of the vaccines.

The manager said the AEFI activities would last for 42 days to ensure children that develop side effect after the exercise are taken care of.