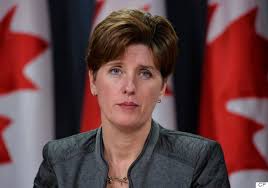 The Canadian Government has announced a donation of $19.9 million for the total eradication of polio in Nigeria.

Minister of International Development and La Francophonie, Marie-Claude Bibeau, who announced the donation said the grant, which will be implemented during the period 2016/17 – 2020 by the World Health Organisation (WHO), is expected to sustain the polio eradication gains through strengthened Routine Immunization (RI).

She said the project will help immunize approximately 6.6 million girls and 6.9 million boys against polio in 11 high risk Nigerian states, adding that it will also train approximately 154,000 vaccinators and help protect up to 250,000 children from vaccine preventable diseases.

In a statement made available to newsmen by WHO, Mrs, Bibeau made the announcement on the margins of the Women Deliver’s 4th Global Conference in Copenhagen, Denmark.

“As recently as 2012, Nigeria was the global epicentre in the world as the country’s poliovirus frequently spread internationally, causing outbreaks as far away as Indonesia.

“However, in September 2015, WHO removed Nigeria from list of endemic countries and for over 22 months now, there has been no reported case of polio. Therefore, on-going immunization activities are essential to forestall any re-emergence of the virus,” she said.

“The funding by the Canadian government is therefore expected to contribute towards the consolidation of the polio eradication gains and strengthening of the Routine Immunization (RI) system,” the statement said.

The WHO Country Representative, Dr Rui Gama Vaz, said the funding will facilitate an increase in RI coverage, and thus assist in achieving national targets.

“This will undoubtedly curtail infant mortality rates as statistics show that 40% deaths in children under 5 in Nigeria are caused by vaccine preventable diseases,” he said.

Gombe to immunize 600, 000 children against polio