Change is a Guaranteed Life; Voices of Dr Ali Pate 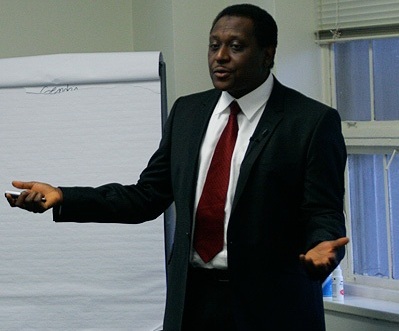 My father was born in a Fulani village called Mainari, Misau Local Government Area in Bauchi State. Getting to Mainari requires great commitment and effort given its remote location off the easy Kari – Maiduguri Highway. In the rainy season, sometimes the narrow track or “burtoli” path created by herds of cattle as they move back home from grazing, which we call a road, becomes flooded and unpassable with a car. The village and its surrounding settlements have not, until recently, had functional schools, clinics, potable water sources and electricity. I have seen villages like Mainari all over Nigeria, in all six geopolitical zones of our country. Millions of our citizens, whose lives have not changed almost six decades after independence, live poor, remote, and rural lives, often-times simply surviving. Meanwhile the political elite move in and out of power, as the citizens, on whose behalf the government exists and derives its legitimacy, remain at best ignored and at worst, shafted, while watching the drama and intrigue from the sidelines.

In the course of my work a few years ago, to improve primary health care systems in Nigeria and thus save the lives of women and children from preventable diseases and health concerns, we visited numerous such villages and settlements. On one such visits, we went to a settlement in Musawa Local Government Area of Katsina State where we arrived at the settlement after driving several miles off the main high way on a dusty, bumpy bush path. Despite riding a strong sport utility vehicle, by the time we arrived at the settlement, there was no joint in my body that was not well exercised. The huts in the settlement were all made out of corn stalks and thatched roofs. Goats and children mingled freely while the elders sat grimly underneath a mango tree in the hot dry afternoon. We found a very confused situation – the villagers were celebrating the birth of a newborn boy, while mourning the death of his mother. Apparently the late mother did not attend an antenatal clinic for duration of her sixth pregnancy. Her labor started late at night and was quick. After the baby was delivered, the untrained birth attendant – a relative – who attended the delivery, cut the umbilical cord and waited for the placenta to evacuate. The mother continued to bleed, despite drinking all the local concoctions. She became progressively weaker and by morning she had died. It was a very sad story for me to hear, but it reflects the reality that happens in many parts of our country.

Every year in Nigeria, tens of thousands of women die while giving birth or in its aftermath. These women are mostly rural, poor, uneducated and in the North. The causes of death are, to a large extent, the otherwise preventable results of bleeding and infections. These women die because of delays in seeking care or the absence of the proper care necessary. When complications arise the referrals to better equipped hospitals to ensure their survival often fails to occur. As a consequence, Nigeria has one of the highest maternal mortality rates in the world. The situation with Nigeria’s children is also similarly grim. More than 700,000 of our children annually do not get to celebrate their birthdays at age five, because of infectious diseases like malaria, measles, diarrhea and pneumonia that are largely preventable. These deaths among children occur for similar reasons, a lack of access to close-by functional health facilities, facilities that lack qualified health workers, and a lack of basic life-saving vaccines and essential drugs. In many cases less than ideal, cultural practices, parental ignorance, and poverty directly contribute to the deaths. This happens all the while many of our politicians plunder the public resources of the state leaving Nigerian citizens to suffer low life expectancy, poor quality of life and the penury of poverty. For me, change in Nigeria means every life having a good chance to survive and thrive. It means that all pregnant women, children, the elderly, and the disabled, have guaranteed access to essential life-saving and improving medical interventions of high quality and at an affordable price. It means a functional primary health center in each ward of our Federation.

It means no child loses his or her mother, no husband loses his wife (or wife her husband) and no parent loses his or her child to a preventable disease or early death. It means a guaranteed end to the crippling disease of polio for present and future generations of Nigerians. It means all Nigerians have access to highest quality life-saving vaccines. For me, change is when all Nigerians have universal access to affordable, effective, basic primary health care services of the highest possible quality, wherever they live and whatever their station in life.

Minister of Health; does the cap not fit Dr. Ali Pate?