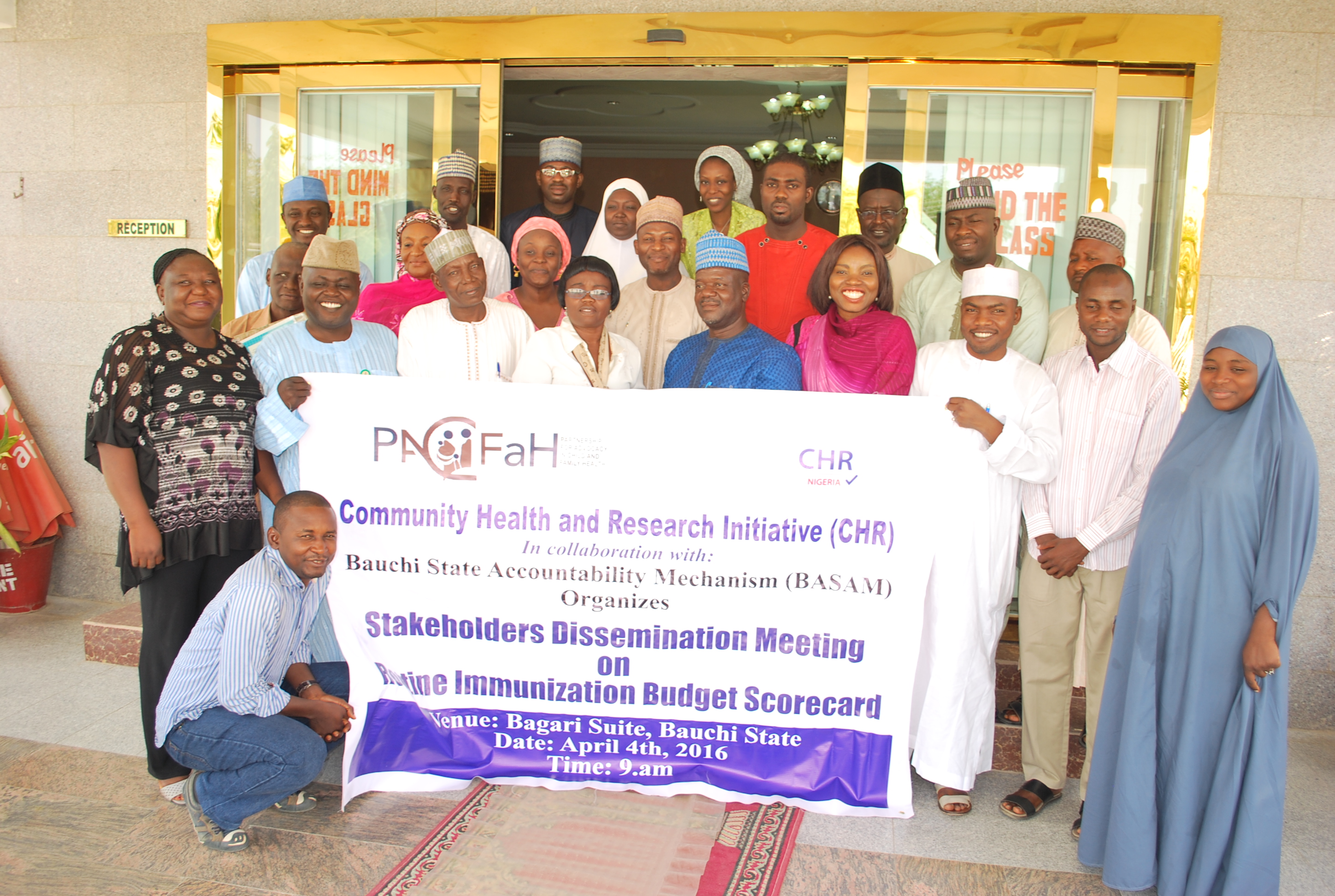 The call was made during a meeting organized for stakeholders on RI Budget scorecard in Bauchi.

In a communiqué issued at the end of the meeting, the groups also called for the judicious utilization of N80 million RI fund release by the state government.

“It is observed that the quarterly review meeting held in the state has not met the required target of 75% rating in the scorecard, and there is low participation of CSOs and Media during Monthly Finance Working Group Meeting,” the communiqué stated.

While urging CSOs to be proactive in engaging for optimum support for RI programs in the state, CHR/BaSAM stressed the need for the Ministry of Health and its agencies in the state to support the inclusion of CSOs and Media in monitoring and supervision of RI services.