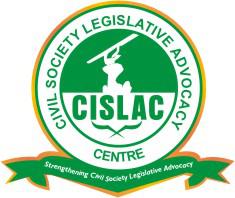 The Civil Society Legislative Advocacy Centre (CISLAC) has called for an amendment of the Nigerian constitution to include provision of basic health care as a legal right.

Speaking at a press conference to mark World Health Day in Abuja, CISLAC Executive Director, Auwal Musa Rafsanjani said the basic health care should be free for children up to age 10, pregnant women, the elderly and persons with disabilities.

CISLAC has also recommended the National Council on Health to set up urgent and strong mechanisms to implement the National Health Act, passed since December 2014 but stalling at implementation.

The statement cited the Health Act, and the National Tobacco Control Act, which cannot be implemented or guidelines drawn up because the committees to do that are yet to be constituted since the acts were passed.

“We recognize the peculiarities of our country’s public health sector and are indeed faced with brutal realities in our national developed. We cannot and will not shy away from the facts of dwindling prices of oil in the international market which has greatly affected our revenues.

“However, just as we continue to advocate for commitment on the part of government with respect to welfare of its citizens, we remain fiercely optimistic in a better and highly improved national health
care system that will address the myriad challenges confronting the sector,” the statement read.