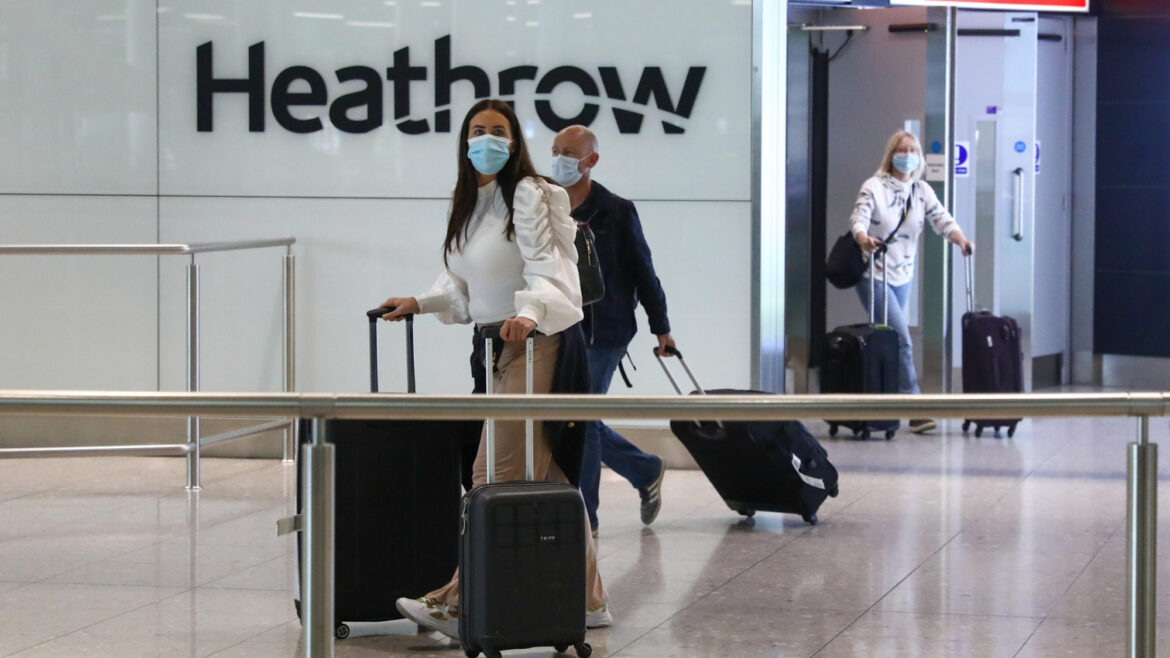 The British government said that it would relax travel rules further, a move that will open up many long-distance holiday destinations to travelers for the first time since the onset of the coronavirus pandemic a year and half ago.

As well as dramatically whittling down the number of places from which travelers will be required to quarantine in a hotel, the government said it would recognize the vaccination programs of dozens more countries.

In its most dramatic move, it said it will be lifting the hotel quarantine requirement for arrivals to England from 47 countries, including South Africa, Mexico and Thailand. Though the announcement only relates to England, the other nations of the United Kingdom, Scotland, Wales and Northern Ireland, have generally followed suit.

After the change comes into effect on Monday, there will only be seven countries; Colombia, Dominican Republic, Ecuador, Haiti, Panama, Peru and Venezuela, on the so-called “red list,” which requires all passengers to enter hotel quarantine for 11 nights at a cost of 2,285 pounds ($3,100) for individual travelers.

The changes mean that anyone arriving from the 47 countries removed from the red list will be spared that requirement.

However, they will still need to take a series of coronavirus tests before and after their arrival, and go into self-isolation for ten days unless the British government recognizes a country’s vaccination status certificates and the vaccines used.

It recognizes the vaccines of AstraZeneca, Pfizer, Moderna and Johnson & Johnson, as well as their formulations such as AstraZeneca Covishield.

Another 37 countries and territories will be added to that list from Monday, reducing entry requirements from countries like Brazil, Ghana, India, Pakistan, South Africa, Thailand and Turkey.

The decision means eligible fully vaccinated adults and under 18s entering England from these locations will in effect be treated like fully vaccinated British nationals. They will no longer have to take a pre-departure test, nor a test on the eighth day after arrival and will be spared the period of self-isolation.

With the nights drawing in earlier ahead of the school half-term break later this month, and winter fast-approaching, the changes may well give a boost to the travel industry that’s suffered perhaps more than other during the pandemic.

“With half-term and winter sun around the corner, we’re making it easier for families and loved ones to reunite, by significantly cutting the number of destinations on the red list, thanks in part to the increased vaccination efforts around the globe,” Transport Secretary Grant Shapps said.

The government also restated its ambition to allow eligible fully-vaccinated arrivals to use a lateral flow test, rather than the more expensive gold standard PCR test, by the end of the month. Travelers, it said, will be able to verify they have completed a lateral flow test by sending a photograph.

British Airways announced it will resume services and increase frequencies to a number of winter destinations removed from the red list, such as Cape Town and Johannesburg, Mexico City, Sao Paulo and Buenos Aires.

“It finally feels like we are seeing light at the end of a very long tunnel,” its chief executive Sean Doyle said.

“Britain will benefit from this significant reduction in red list countries and now it’s time to turn our attention to eradicating testing for fully-vaccinated travelers to ensure we don’t lose our place on the global stage.”