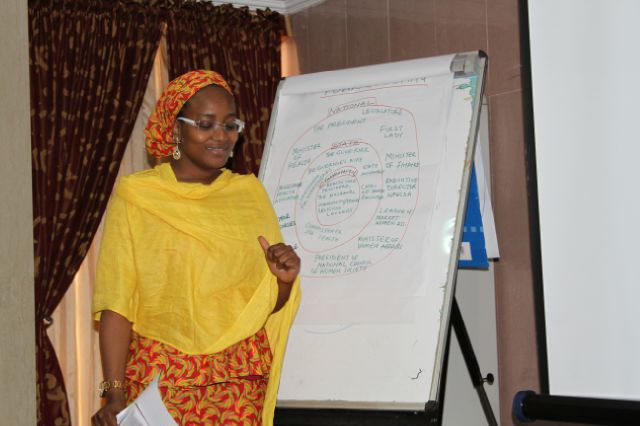 Fatima Tumsah sudden death in an accident on Abuja-Kaduna Express Way shocked her colleagues, friends and family and all those who happen to meet her even once, like this writer. By all accounts, Fatima was a hard-working woman at the Pathfinder International, where she worked. Her family, colleagues, friends and associates shock feelings and grief can be felt on the number of messages via facebook, and its describe the empty space she will leave behind—not just in her social life but in the morale of her workplace. Her death has taken some of the “heart” out of Pathfinder International, Nigeria.

Why does the sudden death of a co-worker hit so hard? First of all, most people spend more time at work than they do with their families. Co-workers can form a caring community. It’s not uncommon for a grieving colleague to say, “We lost a member of our family.” Like the hundreds of messages on facebook on Fatima, the day her death was announced. We always must count ourselves extremely lucky if at some time during our lives we happen to befriend a wonderful human being like Fatima, whose zest for life and capacity to live life to the full was inspiring.

Dr. Fatima gave of her time so willingly to the wellbeing of Girls, Women and Children, work colleagues and friends and never expected anything in return.She had a relaxed, caring manner towards her all and sundry, she was conscientious, and she always kept herself abreast of the latest trends in her line of work. I met her only once but stay close during two-day advocacy training organized by Evidence for Action (E4A) in July 2014 at Conference Hall of Valencia Hotel in Abuja, but I will never forget her smiley face and gentle nature.

As a doctor and development worker, Fatima was the best. Her commitment was visible during the two-day training as she participated fully in all the group work and AMHiN Media Award dinner during the said workshop.

Dr. Fatima Tumsah, quest for humanity led her to join pathfinder even after being trained as a medical doctor. At Pathfinder International, Dr. Fatima worked as the main liaison between the various state government agencies and civil society stakeholders. She organize advocacy strategy facilitation with each advocacy working group in the project focus states and provide technical assistance and monitoring of implementation.

Until her sudden death in an accident along Abuja-Kaduna Express Way on September 17, Dr. Fatima Tumsah was a Project Officer, Pathfinder International, Abuja, Nigeria. She was responsible for project implementation, including work planning, budgeting, monitoring, and supervision.She was a Medical Doctor and a Master of Science with a research focus on reproductive and sexual health.

Dr. Fatima Tumsah was a friend to all, irrespective of tribe or religion.

Adiue Fatima! May your kind and humanitarian heart rest in peace!

World leaders agree: We must close the Gender Gap