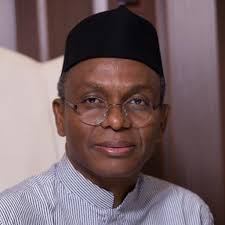 The governor stated this at a seminar on Maternal and Child Health organised by Prime Diamond Initiative for Community Health (PDICH) with a theme ‘Every Life Matters’.

Governor El-Rufai, who was represented by Dr. Habila Mu’azu of the state Ministry of Health, said under the scheme people at the grassroots, would have unhindered access to health facilities.

He said that in case of any complication, the patient would be referred to secondary health facilities.

El-Rufai said that it is part of his administration’s effort to carry healthcare delivery to the grassroots, to alleviate the sufferings of people travelling far away searching for medical care.

The governor said the state government’s free maternal and child health programmed would further enhance health status of the people.

Founder of the PDICH, Mrs. Nasa Ebiere urged pregnant women to engage in proper medical check-up during and after child birth.