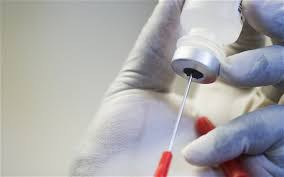 Professor Omilabu of the Department of Medical Microbiology and Parasitology, College of Medicine, University of Lagos, stated this in an interview with newsmen in Lagos.

He said power supply plays major role in keeping the potency of the vaccines because they are to be stored at cool temperature.

“We have a lot of live attenuated vaccines, especially all those live viruses including polio, measles, rubella, chicken pox and yellow fever. They need to be stored at very cold temperature conditions and we all know the situation of power supply these days.

“These storage facilities do not have generators working and where they are working, they do not have diesel to power them. So, we know that before the children receive these vaccines, they are already getting bad in terms of potency,” Omilabu said.

He advised that the immune status of people should be checked before administering the vaccines, saying it is better to always find out the pre-immunisation status of people to be vaccinated.

“This is because the vaccines will put them in a very serious situation whereby the immunity they have will be lowered instead of it to grow. “So, vaccines are meant for only those that do not have immunity at all.”

Omilabu said that serum surveillance was very important in ensuring effectiveness of vaccines and immunisation services.

“Let us do serum surveillance to know the immune status of people in a particular area and to know whether they will need immunisation or not. We also need to improve on our facilities to make diagnosis; and then, we need to work on our hospitals.

“The people in our hospitals need to be dedicated and the facilities should be in place to attend to the patients. We have seen from the Ebola incident in Nigeria that a deadly pathogen can come any time.

“So, all the healthcare givers must be well protected and also be well remunerated to achieve optimal service delivery,” he said.

According to the World Health Organisation (WHO), a vaccine is a biological preparation that improves immunity to a particular disease.

It typically contains an agent that resembles a disease-causing microorganism, and is often made from weakened or killed forms of themicrobe, its toxins or one of its surface proteins.

“Immunisation aims to promote the use of vaccines to protect people of all ages against disease. It prevents illness, disability and death from vaccine-preventable diseases including cervical cancer, diphtheria, hepatitis B, measles, mumps, pertussis (whooping cough), pneumonia, polio, rotavirus diarrhoea, rubella and tetanus.

“It is widely recognised as one of the World’s most successful and cost-effective health interventions. Immunisation currently averts an estimated two to three million deaths annually but an estimated 18.7 million infants worldwide were still missing out on basic vaccines,” WHO said.

32,000 children to die of malnutrition in Jigawa – UNICEF warns