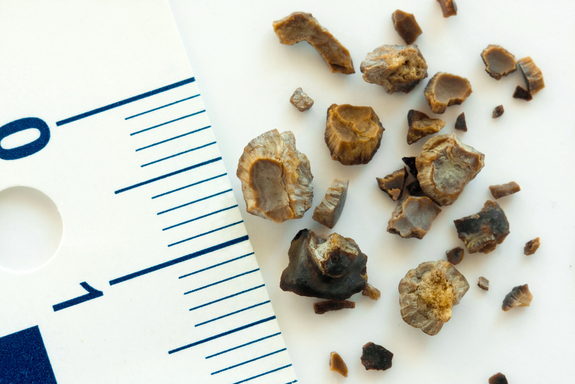 Dr Offiong Etim, a medical doctor at the Asokoro General Hospital, Abuja, said taking adequate water with lemon can eliminate the occurrence of kidney stone. Etim disclosed this in an interview with the news men in Abuja on Tuesday. He said low intake of water could be a major cause of kidney stones in humans.

The expert said kidney stone could be small and go unnoticed, stressing that it could cause severe pain to the patient. According to him, kidney stones inside the body could lead to many conditions, such as severe pain in urethra (the tube connecting the kidney and the bladder).

“It has been proven that people with kidney stones are at risk of developing chronic kidney disease; excessive acidic environment in the kidneys is conducive to the formation of kidney stones. “Medical conditions such as urinary tract infections, renal tubular acidosis and dents disease are contributory factors of kidney stones. “It is also believed that the addition of fluoride to drinking water can be responsible for kidney stones,’’ he said.

Etim warned against long term use of calcium and vitamin D supplements, stressing that they could increase the risk of developing kidney stones. The medic said excessive intake of calcium and vitamin D supplements could increase the level of calcium in the blood and urine. He further explained that kidney stones could occur in both male and female between the ages of 30 and 50, stressing that it could, however, be hereditary.

On the prevention of the disease, Etim said staying hydrated could significantly reduce the risks of developing kidney stone. According to him, when one’s urine is clear rather than yellow coloured, the chance of stone formation is reduced.

“Doctors may also prescribe medicines to prevent certain types of stones for individuals who are at higher risk. “Daily glass of orange juice can prevent the occurrence of kidney stones while those prone to it should watch their caffeine intake,’’ he said.

He said treatment of the disease could be at the discretion of the doctor which could be largely dependent on the prevailing conditions at the particular time.