German Health Minister, Jens Spahn has defended his plan to compel parents to vaccinate their children against measles amid a global surge in the number of cases of the infectious disease.

Speaking to German public broadcaster ZDF, Spahn said his plan to penalise parents who refuse to vaccinate their children was like in traffic, if you endanger other people and get caught, you have to pay a fine. 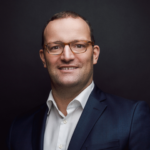 There is broad support for Spahn’s draft law in the ruling coalition of Chancellor Angela Merkel’s conservatives, of which he is a member, and the centre-left Social Democrats (SPD), however the public debate about making the measles vaccine obligatory is highly charged.