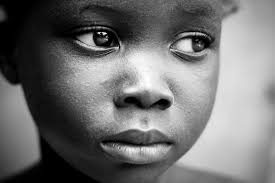 I visited my bosom friend Philips, and was lucky to meet the family during lunch. We ate from the same bowl, this is called culture in my community, where men are assumed to be the figure heads in families and make almost all the decisions in the family.

The supremacy of men in my culture often trickles down to the quality of food they are served by their wives. Any woman who refuses to cook for her husband is considered rebellious to the men folks.

While we ate and enjoyed the meal, Philip’s father said, “my daughter has grown to a full woman, she is a good cook the place of the woman remains the kitchen.”

I immediately lost appetite hearing this. Philip and I had gone through Primary, Secondary and University together, his sister, Joy was never found around the four corners of any class room, each time I asked, my friend always said “my father thinks education for a girl is waste of resources.”

Joy who is 23 years old now, is yet to find a man to marry her, having been kept at home all her life and being prepared by her mother for this purpose.

She had mates in my community whose parents had better understanding about girl child education and were able to send their daughters to school, many of them are educated and also married to responsible men in the society.

The fact from my observation is that Joy did lose access to education that her mates had and a prospective husband is yet to come calling.

Joy was not given a chance to study, it is assumed she cannot be a good woman to her husband if she eventually goes to school, and thus she was refined to the kitchen. Education is key and a driving tool for every society. Fundamentally, every child has the right to be educated; irrespective of the sex, religion and ethnic affiliation of the child.

Nigeria is a multi-ethnic nation with over 360 ethnic groups with practices and belief system that is unique to them. Some of these practices have some negative effect on the girl child.

In some parts of Nigeria, there is high preference for male children to their female counterpart. As a matter of fact, the status of a woman in her marital home is guaranteed by the number of male children she has delivered. This reason is not farfetched as Nigeria is a patriarchal society.

At the launch of Every Last Child program by Save the Children in Nigeria, it was revealed that over 720 million women were married before they were 18 or did not have access to education compared to 156 million men.

Like Joy, these makes the girl child vulnerable to domestic abuses, and exposes them to sexual violence, and deprivation to social and economic growth.

Experts believes that girl child education is a wise economic and social investment that Nigeria must consider important and prioritize, this could be achieve and also address issues of maternal and child mortality in the country as the woman will be well informed to make the right health choices for herself and her child’s health, promote nutrition, engage in proper child spacing, ensure their children are immunized and protected against under five deaths.

Ahead of Kigali Meeting; what lessons for Nigeria?