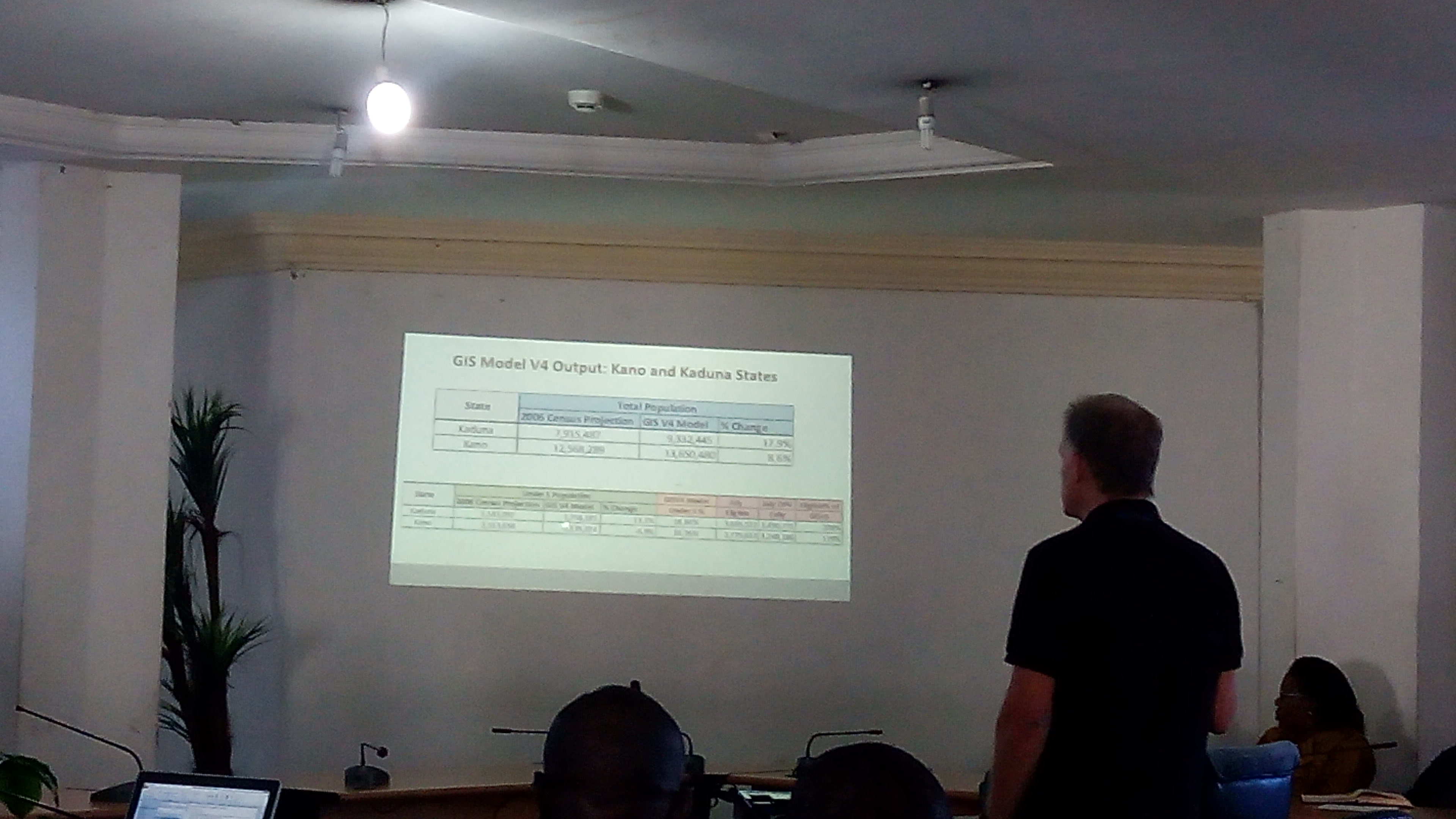 Pilot project of sponsored Geographical Information System (GIS) by the Bill and Melinda Gates Foundation accessing the variations in population growth in two states in Nigeria for the past three years may gain full recognition by the Nigerian Government and adopted in the 36 states of the country as a population census model in the future.GIS estimates population of a particular settlement using high revolution satellite imagery and micro census data, which could be used alongside existing demographic survey information systems.

In effort to reach rural communities in Nigeria with its immunisation programme, the National Primary Health Care Development Agency (NPHCDA) with the Bill and Melinda Gates Foundation partnered on an approach to produce population estimates of settlements and communities using this geographic information system technology to ascertain its use in Nigeria. A trial project in Kano and Kaduna States found that the two states have since the last 2006 national census in Nigeria, experienced additional three percent growths in population from 2006 to 2015.

“Using high resolution satellite imagery along with micro census, we have developed an approach that is independent of census or other administrative data to reasonably estimate population within plus or minus 15 percent. We have tested this model in Northern Nigeria, using the rich GIS set available to the polio programme” said Executive Director of NPHCDA Dr. Ado Muhammad represented by the Agency’s Director Advocacy and Communications, Dr. Nuhu Adamu.

He said the GIS tool will help the agency to understand if it has been under estimating its immunisation targets or over estimating it over the years, and also help in identifying some missing settlements needed to be covered during immunisation programmes.

“This is what we need, to work better as an agency in the States, Local Governments and wards, it may not be very relevant to us at National level, but for grassroots we are certain this will work, the only challenge we could predict is how state primary health care agency can work with the new model. It will also be good to estimate the average cost of vaccination and target before planning and purchase is done” Adamu said.

Dr Vincent Seaman of Bill and Melinda Gates Foundation while presenting the GIS report to Stakeholders, NPHCDA, FMoH and Development Partners said  “the GIS is more accurate because it comes from the pixels which are quite clear and can help get accurate data which will help in planning for the health sector, the model is open to the public to access and use as a tool for population model, we want to build something that will work everywhere not just a Nigerian solution but it is good it worked as expected in Nigeria” said Seaman

GIS according to Seaman was developed to help developing countries in achieving results in their population data modelling “census demographic data on most developing countries are not recent and often unreliable” Seaman said the GIS will help to locate the settlements that are not captured “the formal and informal settlements” during immunisations to ensure that no eligible child is missed.

Also commenting on the GIS model, Dr. Ben Ayene, Chairman National Immunisation Financing Task Team, said the tool is good for programme and planning, but questions the preparedness for its use in policy development and planning

“it is already out, if we don’t use it people will use it for us, we must not forget that the model is open and accessible to the public, we should be worried about how to scale it up to other states of the federation, as also believe it could make funding and management easy to the NPHCDA” Ayene said.