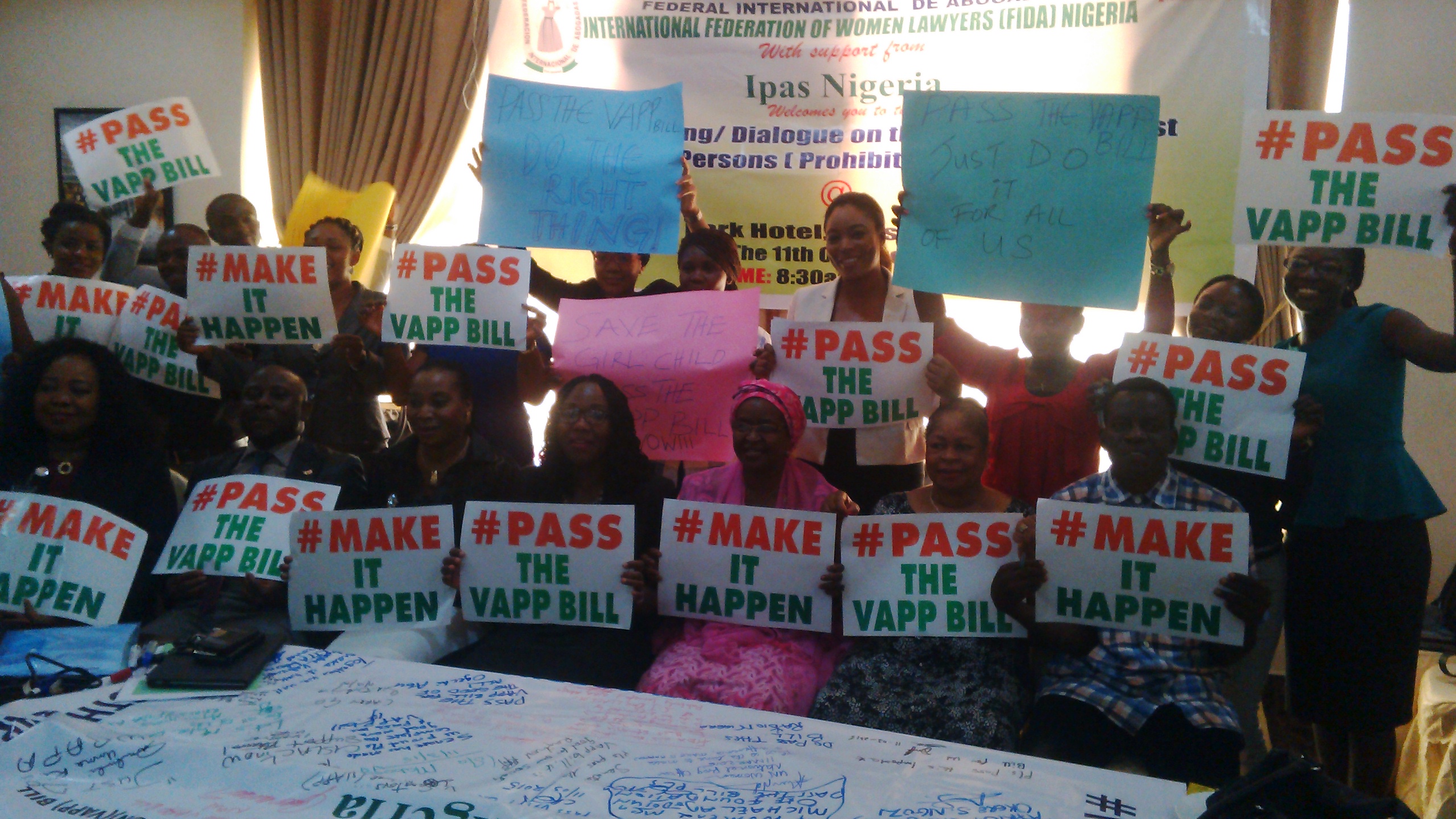 International Federation of Women Lawyers (FIDA), Nigeria Wednesday called for life imprisonment without option of fine to anyone guilty of rape in Nigeria. This came on the heels of increasing rape reports in the nation, the group is also calling on the Nigerian Senate to “make it happen” by passing the Violation Against Person (Prohibition) (VAPP) bill. The call came as FIDA joins the rest of the world to celebrate this year’s International Women’s Day (IWD), which has the theme, “make it happen” to protect the rights of women.

Having passed through several stages of bill debate by the senate, VAPP’s delay by the legislators according to the group may affect its passage as elections approaches and a new senate comes on board.

“Nothing is perfect, the stage that the bill has reached it should be passed if there are loopholes it can be amended and updated “said Didi Odigie-Bedell, Director Private Law Department, Nigeria Law Reform and a FIDA member.

“Violence against women is really high in Nigeria, men easily say that women belong to the kitchen, it is not about the woman you beat at home as a wife, you have a mother who is a‎ woman, a sister who is a woman and married to a man somewhere, we must not keep quiet, the place of women is no more the kitchen, they have to come out and make an impact in the Society” Odigie-Bedell said

“As contained in th‎e Bill, if a person commits the offence of rape by intentionally penetrating the vagina, anus or mouth of another person with any other part of his/her or anything else, such person is guilty of rape and should have a life imprisonment, the only option we have for this to happen is to have the Nigerian Senate to pririotize the passage of the bill” said Hauwa Shekarau, National President FIDA Nigeria while addressing a press conference in Abuja.

Other punishable offences related to rape as demanded by FIDA includes, forcful penetration on a woman, or forcing a woman to consent by means of threat or intimidation of any kind or by fear of harm or by means of false and prudent representation as to the act or the use of any substance or addictive capable of taking away the will of such a person in the case of a married person by impersonating his/her spouse or partner, which will attract minimum of 14 years imprisonment without option of fine, and 12 years ‎respectively.

“The court shall also award appropriate compensation to the victim as it may deem fit in the circumstance and those guilty will be jointly jailed to a minimum of 20 years without option of fine” FIDA’s Financial Secretary Barr. Ijeoma Agwu told Health Reporters.

The group, made up of IPAS, UN women, FIDA, Law Reform of Nigeria, want the Senate to prioritise issues affecting women as its silence to the bill which has passed all the stages of debate may be suggesting patriarchal dominance against women among Nigeria’s legislators.

“We are very hopeful that the senate will pass the bill, we are pushing harder, we are on the last mile and we are not giving up until this bill is passed, it affects all Nigerian women, who are humiliated on regular basis”‎ Adekemi Ndieli, National Programme Officer for UN Women Nigeria said.

“We hope to see a Nigeria where women are seen as equal as men even at policy making stage of the nation, with that gender equality is achieved, and we are also hoping that an average Nigerian woman can be empowered, and we have a law which is backing and preventing humiliation and brutal abuse of women in Nigeria, that is what the UN Women is fighting for and in Nigeria, we are not resting until this is acheived” Ndieli said.