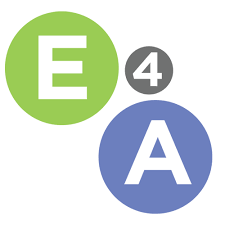 A non-governmental organization, Evidence for Action (E4A), has organized a three-day-training for ‘Super Activists’ who will create awareness over the high rate of maternal and newborn deaths in Nigeria.

Leader of the Team, Mrs. Fola Richie-Adewusi disclosed this during the train-the-trainer workshop organized for 35 Mamaye ‘super activists’ on maternal and newborn health in Bauchi.

According to Richie-Adewusi, the ‘super activists’ are going to be super charged persons who will raise awareness with their community people on taking actions that will help reduce the high rate of maternal and newborn mortality in Bauchi State.

She described the deaths of newborns as a blow to a family, especially is such child is the first in that family.

According to the United Nation Children’s Fund (UNICEF) and the World Health Organization (WHO), levels and trends in child mortality report 2015 statistics shows that the number of newborn deaths in Nigeria in the first month of life in 2015 is 240,000.

She explained that the number of babies born preterm in 2015 was 871,000 and the number of deaths due to preterm complication was 78,700.

The team leader commended and celebrates the many individuals and organizations across Nigeria who work tirelessly to make pregnancy and childbirth safer, so that others can be encouraged and inspired to do the same.

She challenge all activists in the country to take action that will make a change and save lives.

The importance of partnerships in humanitarian response