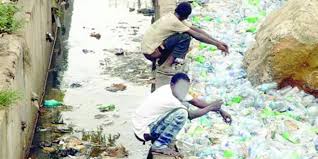 The Media Network on Water, Sanitation and Hygiene (WASH) has called on Bauchi state Government to construct public toilets across the state to curb the menace of open defecation.

Bauchi state Coordinator of the Network, Mr. David Ayodele who made the appeal while addressing journalists in Bauchi, expressed his dismay on the habit of open defecation practice by some people in the rural areas.

According to him, public places such as Motor parks, schools, shopping malls, Mosques and Churches have no adequate toilets facility; hence people used any available space to defecate openly.

Mr. Ayodele observed that, not having proper toilet facility and waste disposal can lead to outbreak of diseases like cholera, diarrhea and other diseases.

“People should also know that one gram of faeces carries millions bacteria and viruses that can contaminate food and water as well as spread diseases,” he said.

Ayodele emphasized the need for government to construct public toilets in public places to reduce the menace of open defecation, adding that all toilets, urinals and lavatories should be kept clean and constantly disinfected.

The WASH coordinator also called on Government to adopt the Water Aid Sustainable and Total Sanitation (STS) approach and models of new affordable latrine package that meets the needs of low income rural households and affordable.

He called on government institutions responsible to urgently implement some measures and practices that will ensure every home have a safe toilet and accessible safe toilet within 500 meters to public places.

He further called on state and Local Governments Areas to as a matter of emergency and necessity create budget lines for water related sanitation, particularly hygiene promotion, and safe disposal of human faeces.