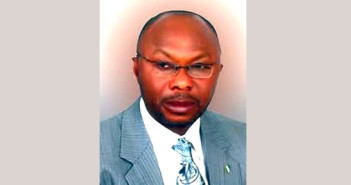 The Federal Ministry of Health has dismissed recent reports suggesting that it is not cooperating with security agencies investigating the alleged mismanagement of the Ebola fund.The Permanent Secretary in the ministry, Mr Linus Awute, said this in an interview with newsmen in Abuja on Friday. He explained that the ministry was willing to cooperate with relevant agencies vested with the powers to look into the subject matter provided that due process was followed.

“As the custodian of the health sector in Nigeria, the Federal Ministry of Health will not stand in the way of agencies of government investigating it. “We have been working with law enforcement agencies who have the right to investigate allegations of any kind affecting organizations or persons in government facilities such as ours,’’ Awute said.

However, the scribe said the management of the ministry was shocked at the manner and nature of invitations sent to it by different persons. According to him, the nature of the invitations is similar to the antics adopted by kidnappers to lure their victims to unknown places for predetermined motives.

“What is strange under this circumstance is that I was confused about who was actually inviting me to report at the Police Station. “Is it the Director, Analytical Tracking and Interceptive Centre (ATIC), Police Force Headquarters, Abuja?

“Or Mr Martins Ugwu, who has been declared as an imposter by the Medical and Dental Council of Nigeria for impersonating Dr George Davidson Daniel, a Doctor currently under Residency Training in Jos?’’ Awute asked.

Awute said before the police invitation, he had received a warning type of invitation from Dr Davidson George now Mr Martins Ugwu, warning him not to fail to report at ATIC. The permanent secretary accused Ugwu, who has been arrested for impersonating one Dr Davidson George, for creating the scene at the ministry on June 10, 2015.
He said Ugwu’s action was to divert public attention to the Ebola containment regime which has been adjudged globally as a classical case of success in administrative governance and professionalism.

“I have never seen a thing like that in my life, a situation where the pathological anomaly of an individual will suddenly afflict a larger society, whereby Ebola is now the issue.
“Ebola is to now eclipse the issue in the matter, this is the man handed over by the Medical and Dental Council of Nigeria as an imposter impersonating another person as Dr Davidson George Daniel. “A man handed to the Police on 4th June, 2015, for prosecution. An imposter is now the judge of impunity over the performance of Ebola containment in Nigeria.
“All to caricature the efforts and commendation received by the health sector,’’ he said.
He described the actions of Ugwu and other persons involved in the incident of June 10, as most regretful and unfortunate. Awute maintained that the performance of the ministry in the containment of Ebola would remain a reference point both in the continent and the world at large.