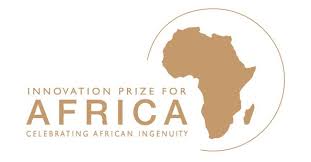 The African Innovation Foundation (AIF) Healthcare Solutions has grabbed the 2016 Innovation Prize for Africa’s (IPA) cash awards of US$150 000.

According to the statement, out of a total of 985 applications, 10 nominees were selected, where Dr. Valentin Agon of Benin Republic was selected overall winner, with Imogen Wright of South Africa scooping Second Prize, and Dr. Eddy Agbo of Nigeria winning the Special Prize for Social impact.

A 2015 World Bank report states that an overwhelming 99% of people who die from AIDS, malaria, and tuberculosis (TB) live in the developing world.

AIF partnered with the Government of Botswana represented by the Ministry of Infrastructure, Science and Technology and the Botswana Innovation Hub (BIH) to host IPA 2016 under its theme Made in Africa.

“Besides a huge database of more than 6 000 innovators for increased share and exchange of information and a cash investment of US$1 million, we received endorsement from the United Nations Economic Commission for Africa (UNECA) in support of innovation-led strategies to boost national development. We are proud of the overwhelming response we have received for the competition thus far and congratulate all 10 nominees and the winners,” he said.

Dr. Agon of Benin was unanimous winner of the US$100 000 Grand Prize for his innovation Api-Palu, an anti-malaria drug treatment that has hit the market not only in Benin, but in Burkina Faso, Tchad, and Central African Republic (CAR). Made from natural plant extract, Api-Palu is significantly cheaper than anti-malarial drugs currently on the market; it has great inhibitory effects on 3D7 strains of plasmodium falciparum the causative agent of malaria.

Imogen Wright of South Africa scooped the Second Prize of US$25 000 for Exatype, a software solution that enables healthcare workers to determine HIV positive patients’ responsiveness to ARV drug treatment. Until now, national responses have focussed on access to treatment for all.

The Social Impact Prize of US$25 000 was awarded to Dr. Agbo of Nigeria for his Urine Test for Malaria (UMT) a rapid non-blooddiagnostic medical device that can diagnose malaria in less than 25 minutes. More often than not, when fever is detected, anti-malaria medication is administered.