Holding the World Bank Vice President for Africa to account 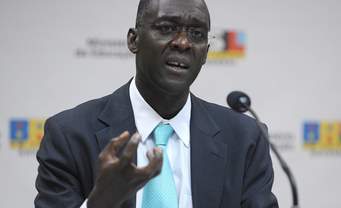 Exactly 10:04pm West African Time (WAT) on Tuesday 3rd May 2016 I got a shared email containing the summary note of the meeting with African Civil Society Organizations with the World Bank Vice President for Africa  Makhtar Diop that took place on Thursday, April 14, 2016 on the margin of World Bank/IMF Spring Meetings in Washington, DC. It was same day that my article was published in the morning by Daily Trust Newspaper titled ‘Engaging World Bank VP for Africa on Health Matters’ and same day it was posted in Health Reporters newspaper.

Let me quickly make a clarification that sharing the note by the Vice President’s team to the attendees was part of the agreed next steps discussed in the meeting and I want to believe that the timing of sharing the note same day about 12 hours after my article was published was a co-incidence, however having said that I was happy we got a response that highlighted some of the next steps to embark upon.

As I mentioned in my article “Mr. Makhtar Diop met us on Thursday, April 14th 2016 from 7:30 p.m at the J Building of the World Bank. With him were many of the senior officials of the African team and many country directors of World Bank.”

I concluded my article by using the Global Financing Facility in support of Every Woman Every Child as a case study on what the Vice President could do improve CSOs’ voice and support monitoring of World Bank Programmes.

Let’s come back to the meeting notes shared with attendees.  “He cited three areas in which he would like to partner with CSOs: 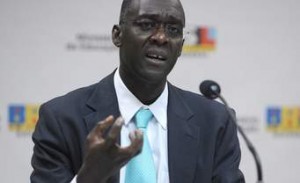 From the meeting note the bank’s response to the issues raised centered on five actions. I will list them and raise question for each one.

While the African continent is enmesh with low capacity for increased domestic finances, lack of political will, ravaging poverty, spread of infectious diseases and non-communication diseases, weak health systems to respond to emergencies, we hope this conversation and the planned actions if  and when implemented will contribute to reverse some of these negative trends.

When will incessant strikes end in the Nigeria’s Health Sector? (Part one)