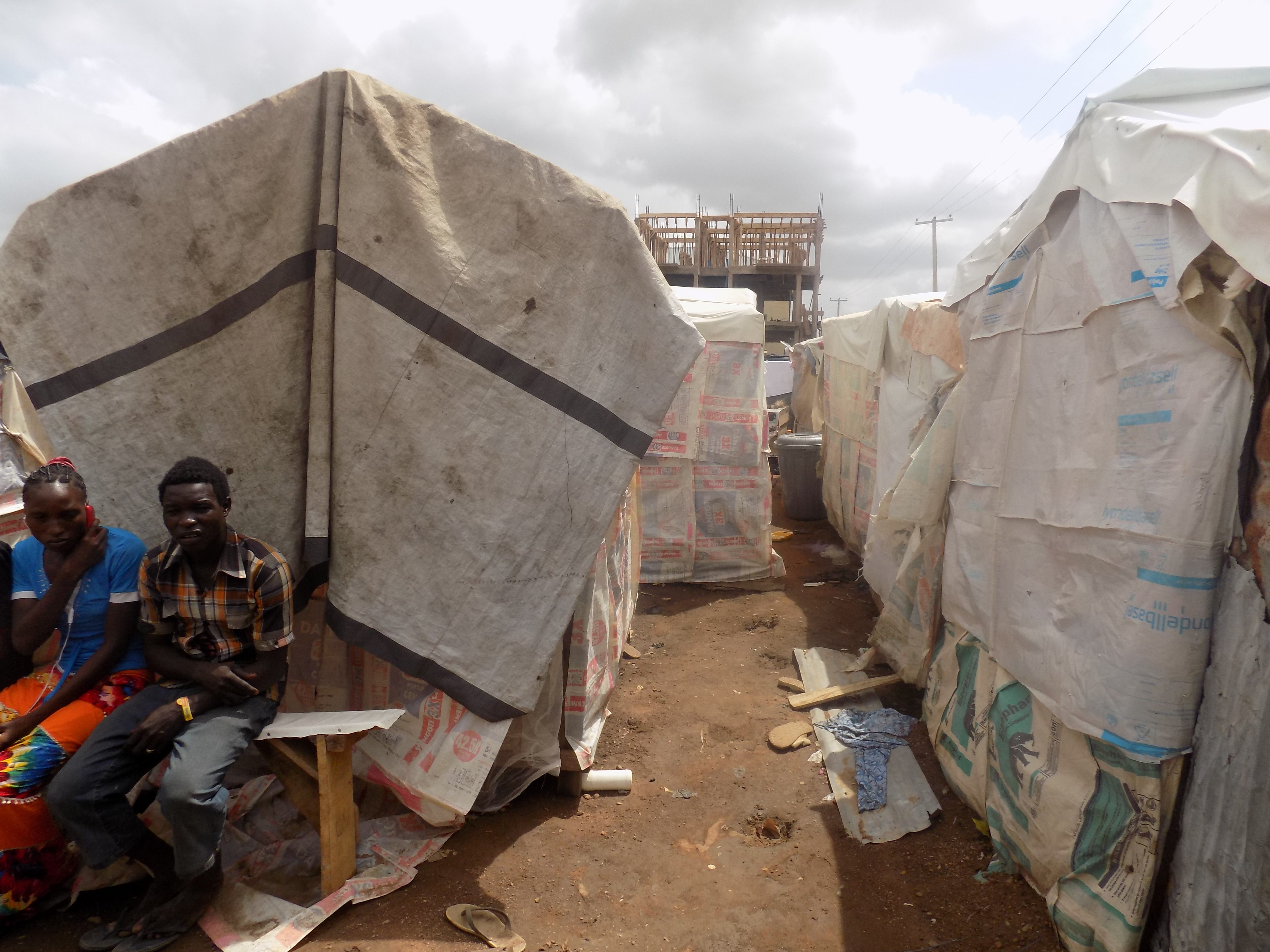 The United Nations High Commission for Refugees have being seeking support for Internally Displaced Persons in Nigeria to see that they get all care, including good medical support, in this report Ndidi Chukwu reports the UNHCR activity for the displaced in Nigeria.

In recent times, the people seeking refuge in Abuja have received care from concerned individuals and different organizations. They are provided food items, medical care, clothing, even emotional and moral support. For the Internally Displaced Persons (IDPs) such care is a show of love after a horrible terror experience from Nigeria’s North-East States where insurgents have killed scores of the nation’s citizens.

The aftermath of frequent bombardment in Borno, Yobe, Adamawa and some other Northern States in Nigeria is a growing number of people losing their homes, their lives, and their comfort.

Abdullahi Yahaya is a businessman from Borno State, he said he had a shop in one of the fish markets in Borno State but lost everything to bomb blast which killed thousands of people on that ill-fated day. He relocated to Abuja, a safer place for himself, his wife and four children.

In new Kuchingoro location where thousands of IDPs are currently settling, Abdullahi, is able to locate a space to construct a small room for his family to live in. He told our correspondent that he could buy the little building materials he is using to make the rooms from savings of the proceeds he made from his fish business before his shop was set ablaze in a bomb blast.

Abdullahi is hopeful that his family will be feeding from the food items people bring to the camp to help the displaced persons till the time he is able to have a new business. He said “I will depend on the gift, the food, and anything people bring for us, I have lost everything, I am using my last money from my fish business to build this room, anytime I see work I will do, and I hope to go back to my home one day”

Like Abdullahi, over 1,538,982 persons in Nigeria have lost their homes, National Emergency Management Agency (NEMA) report said in April. The United Nation’s High Commission for Refugees (UNHCR) said over 2,191 Nigerians are currently seeking asylum in other countries, and 1,541,173 people in Nigeria are currently a population of concern to the nation. The Commissions data indicates that, 47, 276 IDPs are in north central states regarded as host communities where there are no official Internally Displaced Persons Camp, while 1,491,706 IDPs are in the North East States.

The UNHCR works with partners in Nigeria to ensure the protection of persons of concern and coordinate their assistance, as well as contribute in the inter-agency efforts to protect and assist Internally Displaced Persons.   At the commemoration of this year’s World Refugee Day (WRD), in Nigeria, UNHCR appealed to the entire country to show care and love to all internally Displaced persons in any convenient way. Ms. Angele Dikongue-Atangana UNHCR representative to Nigeria in a Mass at Apostolic Nunciature, called on the church and the society to continue thinking of the displaced showing them the love that Jesus Christ who was refugee himself demonstrated to save humanity. She said “IDPs and refuges are ordinary people living through extra-ordinary time, I make this compassionate call to everybody and the society to help these people who are suffering for no just cause”.

On why the commemoration of Refugee Day, Atangana said “it is to remind people about the failures of an international community or home conflicts which forced lots of families to leave homes and go to another place to save their life. UNHCR has taken big steps for immediate support to all the humanitarian needs of the refugees”

The Commission however needs some important actions by the Nigerian Government and other private organizations as well as national and state level to fully control the movement of displaced persons in the country, to have them in a location where they can be reached and their needs met at a time. UNHCR also wants the country to see IDPs as an asset to the country and not a burden “they are survivors and should get proper help and support timely, it is very necessary to draw people’s attention towards the refugee’s conditions to honour their courage and solve their problems” said Atangana.

As part of its effort to defend these displaced persons in Nigeria and across West Africa, the UNHCR has signed a memorandum of Understanding (MoU) with the Community Court of Justice of the Economic Community of West African States, the goal according to Atangana is to end forced displacement and statelessness situations in the West African Region.

Why Nigeria must be vigilant for Ebola