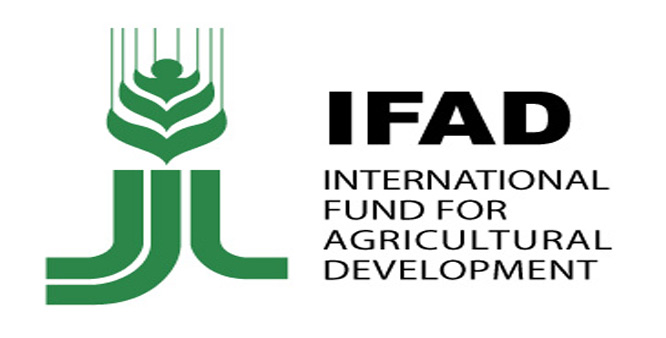 The International Fund for Agricultural Development (IFAD) has announced $5 million additional grant for Nigeria on climate resilience and to boost dry season farming.

Part of it would be used to plant trees to mitigate erosion in the event of new flood as well as to protect and revitalise the soil.

Ms Katherine Meighan, Associate Vice-President and General-Counsel of IFAD made these known during bilateral talks with the Minister of Agriculture and Rural Development, Dr Mohammad Abubakar.

The talks were held on the side-line of the launch of “Special Agro-Industrial Processing Zones (SAPZ) Programme in Nigeria.”

Meighan, who decried the devastating and tragic effect of recent flooding in Nigeria, noted that the disaster led to loss of lives, farmlands, agricultural produce and livestock.

“I am happy to announce an additional grant of $5 million for IFAD’s Value Chain Development Programme (VCDP) which will focus on climate resilience and this is really to help small holder farmers to improve production.

“It will improve the planting of trees to mitigate erosion if there are new floods and to protect and revitalise the soil and the building of small dams to mitigate drought.

“The dams will also serve as reservoirs to help in small scale irrigation and further support dry season farming in Nigeria,” she said.

Meighan described the scaling up of IFAD investments in dry season farming through the additional financing as the organisation’s major commitment to Nigeria.

According to her, it is due to strong partnership between IFAD and Nigeria and the former’s determination to show solidarity with people affected by the devastating floods.

“We have been scaling up our investments particularly in dry season farming, working with small holders and producers to plant climate-resistant seeds that germinate in shorter periods,” she said.

Meighan commended the Nigerian government for its investment in agriculture and described the sector as critical requirement for food security.

Speaking on the launch of SAPZ, Meighan said the programme would have direct impact on 100,000 beneficiaries, including small holder farmers and small-scale producers in the agriculture value chain.

“SAPZ programme is a government-enabled and private sector-led initiative that will mobilise private sector investments to develop value chains for selected strategic crops and livestock in participating states.

“Total amount for the first phase is 538 million dollars. The African Development Bank is providing $210 million; IFAD together with the Green Climate Fund will provide 160 million dollars.

In his remarks, the minister commended IFAD for the additional grant and described the gesture as coming at a very critical time.

The minister said dry season farming would augment food production in areas that had been affected by security challenges during the cropping season.

“We do not want shortage of food. What we have at the moment is inflation which is not peculiar to Nigeria, but has affected many countries since the outbreak of COVID-19 and worsened by climate change.

“We make sure we support small holder farmers who are more than 70 per cent to sustain production,” the minister said.