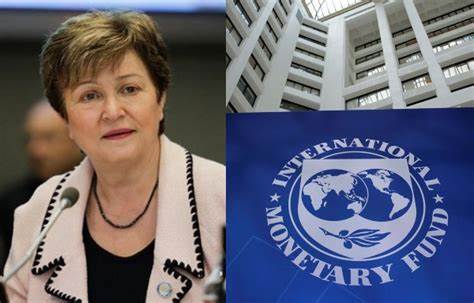 IMF’s Managing Director, Ms Kristalina Georgieva announced this in a statement obtained from the IMF website by Health Reporters.

According to her, the new RST has become operational. Today, I notified the Executive Board that with our fundraising to date, the RST is ready to start lending operations.

”We promised, and we delivered. For that, I am immensely grateful to our members for coming together and showing solidarity in times of unprecedented challenges.

“In less than three years, the world has lived through shock, after shock, after shock. First, the COVID pandemic, then Russia’s invasion of Ukraine and the ensuing cost-of living crisis, and there is no pause button on the climate crisis while we deal with these other crises.”

She said as the IMF’s first-ever facility to provide long-term affordable financing, the RST aims to support countries build resilience to structural challenges, such as climate change and pandemics.

Georgieva said this would help maintain longer-term economic and financial stability while catalysing other public and private financing.

“With the strong support of our members, we have achieved the ambitious goal that was set by the IMFC and the G-20 to make the RST operational around the time of the 2022 IMF/World Bank Annual Meetings.

She said the IMF’s Executive Board approved the establishment of the RST in April, to serve as a third pillar of the IMF’s lending toolkit.

“This is in addition to the General Resources Account (GRA) and the Poverty Reduction and Growth Trust (PRGT), and provides financing with a 20-year maturity and a 10 and a half ‑year grace period.”

The managing director said the RST would support eligible low and middle-income countries, comprising about three-quarters of the IMF’s membership.

She said the RST would amplify the impact of the 650 billion dollars Special Drawing Rights (SDR) allocation implemented in 2021 by channelling resources from economically stronger members to countries where the needs were greatest.

The SDR is an international reserve asset created by the IMF to supplement the official reserves of its member countries.

It is not a currency. It is a potential claim on the freely usable currencies of IMF members, as such, SDRs can provide a country with liquidity.

“My immense gratitude goes to Australia, Canada, China, Germany, Japan, and Spain for providing the first round of resource contributions amounting to a total of SDR 15.3 billion ($20 billion).

“This first round of RST resources represents just over half of the total of current RST pledges of SDR 29 billion ($37 billion) from 13 countries.

“Further contributions are expected to become effective in early 2023 once countries have completed their domestic procedures, ensuring the RST is in a strong position to meet the demand for RSF arrangements in the coming years.”

Georgieva said additional countries were expected to pledge over time, and the fund would continue its fundraising efforts to broaden the pool of contributors and ensure that the RST had sufficient resources.

The managing director said the fund was also preparing the ground for RST lending to support policies for pandemic preparedness, through good cooperation with other international institutions.