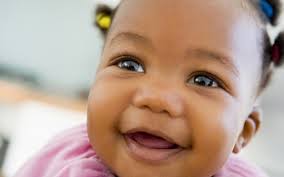 In effort to prevent infant mortality in the country, the Federal Government is partnering with Emzor and other some pharmaceutical companies to produce three life-saving drugs for new born babies.

Dr. Welle who described neonatal as the commonest killer of new born babies in the country, listed Drug field, Emzor and Tuyield as the companies, adding that the collaboration would reduce cost and prices.

According to him, the killers had stopped some babies from living upto five years of age and trace the death to ignorance of their mothers.

He advised mothers to use the drugs accordingly, adding that there is need for governments to train and retrain health workers for effective and efficient service delivery in the industry.

“Lack of adequate fund, workers, quality control and monitoring, among others, can be a setback to the programme,” he said.

He said that the stakeholders meeting would be held throughout the 36 states of the federation and Federal Capital Territory, Abuja.

Dr. Chinyere Nnanna, Director of Public Health, Rivers State Ministry of Health, said healthcare was a collective issue, adding that government alone could not do it.

He lamented that some people were still using traditional method and medicines to treat new born babies.

The director expressed optimism that new born babies would not die again due to the life-saving drugs.