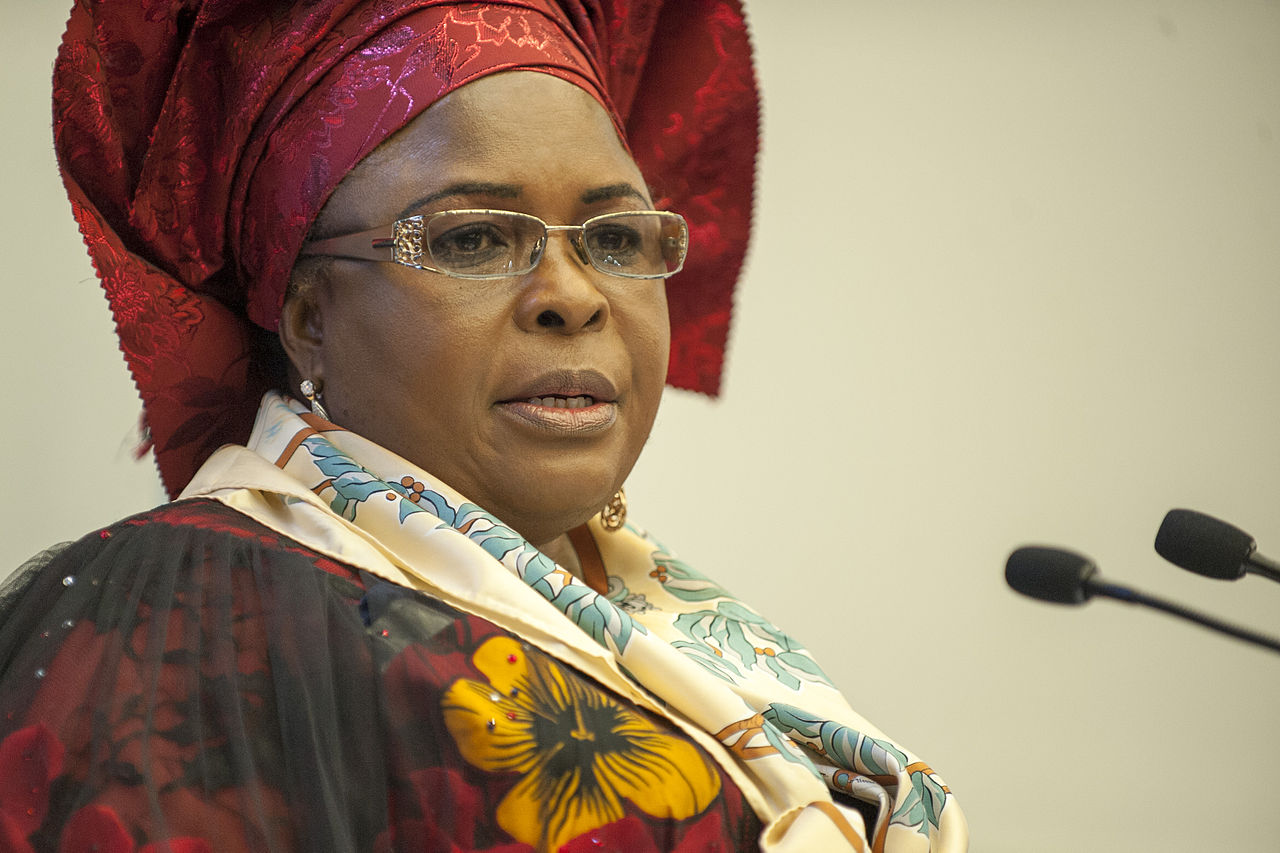 As the world marks the International Women’s Day, First Lady, Dame ‎Patience Jonathan has reiterated the need for the formulation of gender responsive policies by governments at all levels.The First Lady said this in a statement signed by her Media Assistant, Mr Ayo Adewuyi, on Saturday in Abuja to mark the 2015 International Women’s Day in Nigeria. Mrs Jonathan described the Theme for this year’s celebration” Empowering Women, Empowering Humanity: Picture it!” as very appropriate.

She said that it serves as a reminder of the critical work that still needed to be done in ensuring that every woman and girl has equal rights and freedom as men. The First Lady further said that this has become necessary because “women remain a galvanizing force and formidable pillar in support of men in all areas of development.

“There is the need for political leaders, International Organisations, NGOs and individuals to strengthen their advocacy for effective implementation of the National Gender Policy which provides for 35 per cent ‘Affirmative Action’.

“And the domestication of the Convention on the Elimination of All forms of Discrimination against Women (CEDAW),” she added. The First Lady said that Nigeria has been consistent in its genuine commitment to the achievement of gender equality in various ways and at different levels. She expressed appreciation to the Jonathan administration for being a gender sensitive government.

“A government that cares about women and has enhanced the status of women in Nigeria in the implementation of Beijing Declaration and Platform for Action,” she said.

She said that this recognition has made women’s contribution evident in the nation’s economy, governance structures, security, and peace building efforts as well as in every aspect of life. She said that discrimination against women violates the principle of equality of rights and respect for human dignity.

According to her , it also constitute itself as an obstacle to the participation of women, on equal terms with men, in the political, social, economic and cultural life of their country. The First lady also called for peaceful coexistence stressing the need for people to engage in constructive engagement on national issues, “since no meaningful development can take place in an atmosphere of insecurity.”