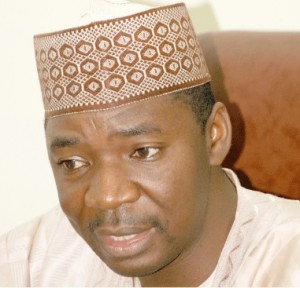 Dr Ado Muhammad, the Executive Director, National Primary Health Care Development Agency (NPHCDA), on Monday said combination of five antigens in one shot was to enhance child survival and reduction of infant mortality in Nigeria. He told the newsmen in Abuja that “The Pentavalent’’ vaccine is a combination of vaccines that protects infants against five diseases. He listed the diseases protected by the vaccines as diphtheria, pertussis, tetanus, hepatitis B and Haemophilus influenzae type b (Hib) pneumonia and meningitis.

“We are also considering the introduction of another vaccine that would address diarrhoea in children,” Muhammad said. He added that the agency had recently launched a separate vaccine that sought to protect infants from pneumococcal bacteria in 12 states.
He said the first phase targets four million children; the next phase would be in June 2015, while the last phase is slated for September 2015.

“We are working with global producers to ensure that the vaccines arrived as scheduled,” he said. Muhammad said that the agency was expanding the immunisation landscape to make the vaccines available to the states. The NPHCDA boss said Nigeria was enjoying eight months of free polio virus in the country.

“It is the first time this happened in Nigeria, if it is maintained up till July 24, 2015, Nigeria will officially be deem to have interrupted the transmission of the polio virus by World Health Organisation,” he said. However, he explained that in as long as there was polio virus anywhere in the world no country was safe, “particularly when we have cases in neighboring countries”.
He said considering the inter country movement with the neighboring states of Benin Republic, Republic of Chad, Cameroon and Niger Republic the agency had stationed immunisation teams at various borders. Muhammad said the measure was to tackle inter country movement and to “fortify our borders to ensure that the any child that is coming into or going out of Nigeria is immunized.

“We have also set up a special vaccination team to address the internally displaced persons camps spread in the country through the partnership with the National Emergency Management Agency (NEMA)”.

According to statistics made available by the bureau of statistics, he said, mortality rate of children less than five years has reduced from 157 per 1,000 live births to 128 deaths per 1,000 live births. “More deaths were averted which translate into a healthy Nigerian population within the period under review.

“We are making efforts to ensure that we fast track the down reduction to the minimum,” he said.