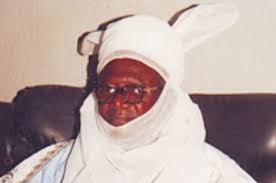 The Development Research Projects Centre (dRPC), said Islamic scholars has an important role to play in tackling maternal and child mortality in the country.

A dRPC representative, Dr. Abdulazeez Mashi stated this at a sensitization campaign and dialogue for communities in Lafia, Nassarawa State, carried out by the organization in collaboration with the Association of Islamic Scholars.

Speaking at the Emir’s palace in Lafia, Dr. Mashi who represented dRPC during the community dialogue, said the Grand Challenges Canada /Saving Lives at Birth project is aimed at mobilizing Islamic scholars to serve as change agents in the areas of child and maternal health, a statement signed by dRPC Director, Judith-Ann Walker said.

He said the Islamic scholars are currently working on the psyche of health workers and members of the public especially in disabusing their minds from religious misconceptions on improving the delivery of health care services to women and children.

“Islamic scholars from three initial states were identified and taken for a training and study tour of other Islamic countries. The Islamic scholars are now visiting these facilities as a follow up to the training, and mentoring health workers on how to use the religious texts to find solutions,” he said.

In his response, Emir of Lafia, Dr. Isa Mustapha Agwai commended dRPC and the Islamic scholars on their efforts. He urged traditional and religious leaders in the state to be involved in the project so that more people will benefit from it.