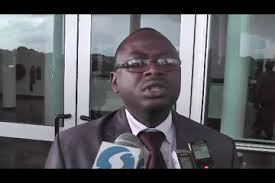 He said privatization would reduce out-of-stock syndrome in drug supplies, while wastage and leakages would be checked.

Professor Banwat made the call in an interview newsmen in Jos, Plateau state capital.

He said: “Privatization, as the solution to the crises in the health sector, has been an idea for sometimes now; I subscribe to it and suggest that public health institutions be privatized for efficiency.”

Banwat said health institutions being patronized by rich Nigerians in India, Europe and America were private-owned, stressing that such institutions could not have been so effective if they were owned and controlled by government.

“All medical professionals have taken vows to save lives, but that has been thrown to dogs in the pursuit for vain gains. Workers in the public health institutions are permanent and pensionable and hardly bother because their salaries and promotions are always guaranteed; the situation cannot be so in a privatized setting.

“No private investor will allow his staff to go on strike and leave the hospital to go fallow. If you leave your office, you will be replaced by people willing and ready to work,” he emphasized. ‘

Banwat said privatization would encourage competition and innovation as every hospital would strive to outdo the other to excel and attract more patronage and also reduce out-of-stock syndrome in drug supplies while wastage and leakages would be checked.

The medical director said patients would get proper and maximum attention in such privatized settings, while problems of poor funding would be reduced as investors would plough back their earnings into the institution to improve quality.

Professor Banwat added that money would also be saved as overhead costs of running public health institutions were always heavy, therefore government would spare more money to deploy to other
sectors, while foreign exchange being expended for medical trips abroad could be conserved.

He also said that privatizing the hospitals would reduce inter professional rivalry which continued to work against unity for efficiency among health professionals in the country.

Banwat discarded the fear that privatization would cost jobs, saying more jobs would instead be created because more hands would be needed to handle the many tasks in the affected hospitals.