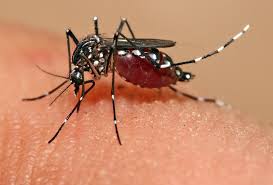 Kwara state Government has cautioned people of the state travelling outside the country to keep off Zika virus infected areas, especially countries in Latin America.

The state Commissioner of Health, Alhaji Sulaiman Alege, said the disease is not yet in Nigeria but there is need for people to take precautionary measures to keep the disease in check and prevent outbreak.

Meanwhile, the state’s Epidemiologist, Dr Michael Oguntoye, said the disease is caused by Zika virus, a member of the genus flavivirus similar to dengue fever.

Dr. Oguntoye said there were concerns that pregnant women who became infected with Zika virus can transmit the disease to their unborn babies with potential serious consequences.

He added that most infected areas demonstrated an increase in several foetal births defects ad poor pregnancy outcomes in babies whose mothers were infected with the virus while pregnant.

The Epidemiologist advised pregnant women not to travel to infected areas and take precautions against mosquito bites.

FG to include cancer vaccine into immunization programme